Chelsea is willing to smash their transfer record to sign Haaland this summer.

Haaland, who has scored 19 goals in 17 matches for Dortmund this season has a 66.6 million euros release clause in his contract which cannot be triggered until 2022. 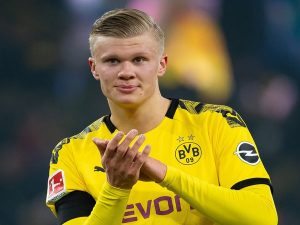 A number of Europe’s leading clubs are interested in getting the Dortmund striker’s signature including Real Madrid, Manchester United, and Manchester City. Chelsea will attempt to sign Haaland at the end of the season, even if it means paying more than the release clause amount. according to The Athletic.

To let go of such a player who has scored 35 goals in 35 matches since arriving in January 2020 will be a difficult thing for Dortmund, but Chelsea are willing to make that happen as the impact of covid-19 on club finances across Europe gives them an open opportunity to outbid their rivals in summer.

A report from The Athletic says that a further obstacle facing Chelsea to sign Haaland is his agent Mina Raiola. Raiola had an issue with Chelsea on the signing of Romelu Lukaku in 2017. 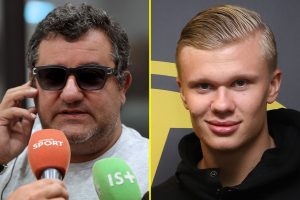 Chelsea believes that Haaland could combine with Timo Werner to provide a good attacking football and take them to the next level in the Premier League and Champions League.