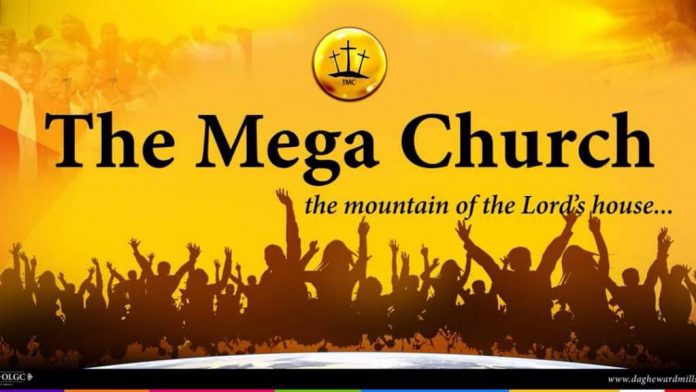 Its been reported that His Eminence Bishop Dag Heward-Mills of the Lighthouse Chapel International has allegedly been forcing bishops of the church to ‘pay’ him $1,000 every time they celebrate their birthdays and Ghc1,000 everytime he celebrates his own birthday.

That’s according to two out of the six former pastors suing the Lighthouse church.

In a report by the Fourth Estate, the new investigative journalism website run by Manasseh Azure, the pastors reveal the abuse and exploitation they suffered from the church which has led them to their current state of dragging the church to court.

According to Bishop Emmanuel Oko Mensah and Bishop Larry Odonkor, bishops in the church were encouraged, aka forced, to pay $1,000 to the mother church everytime they celebrated their birthdays.

Imagine every time your birthday comes around, you have to start sweating looking for $1,000 to give to your senior most pastor and mentor.

AS THE FOURTH ESTATE NOTES:

“BISHOP EMMANUEL OKO MENSAH, WHO BECAME A BISHOP IN 2017, SAID HIS BIRTHDAY BECAME A HEADACHE BECAUSE IT CAME WITH A DEBT. ON ANY OF THE OVER 100 BISHOPS’ BIRTHDAYS, THEY WERE ASKED TO GIVE $1,000, BISHOP OKO MENSAH SAID.

BISHOP LARRY ODONKOR CONFIRMED THAT ON HIS OWN BIRTHDAY HE ALSO GAVE $1,000 TO THE FOUNDER,”

Additionally, pastors also had to pay Ghc1,000 to Bishop Dag on his birthday!

This is double fraud! A bit like when MTN charges a customer to send MoMo and also charges the receiver to withdraw that same MoMo!

According to the Bishops, this arrangement turned them into exclusive beggars always looking for money and whenever their birthdays came around, it was a cause of headache.

In a related story.

A former Pastor of the Lighthouse Chapel International, Rev. Seth Duncan has recounted how pressure from the headquarters of the Church to raise funds forced him into depression, and how he cut his scrotum at a point in a 3rd suicide attempt.

Rev. Duncan is one of six former Pastors of the Lighthouse Chapel who have resigned and are suing the Church for various alleged infractions including non-payment of their SSNIT contributions.

In an explosive report by the fourth estate, Reverend Seth Duncan narrated how a BECOME WHAT YOU CAN BECOME (BWYCB) policy by his Church spurred him on to pour in his personal resources into the building of the Lighthouse chapel at Paga in the upper east region.

Rev. Seth Duncan said his efforts to build these churches came with great sacrifice and nearly cost his life.

One night, while returning on his motorbike from a mission field where he had gone to start a new branch, he nearly drowned in a river.

The former seaman said but for the grace of God and his swimming skills, he would certainly have died.

After all his toils in putting up churches in the Upper East Region, Seth Duncan said he was not allowed to manage any of the three churches he had built. He was transferred.

To make matters worse, Rev. Duncan said he was met with hostile responses anytime he tried to express his grievances to the management of the church.

After nearly a decade in the ministry, Seth Duncan said his marriage broke down, and he and his wife had to go their separate ways.

He said he became depressed and grew suicidal.

For a man who had given up a career in the Ghanaian Navy to pursue the business of the cross, his trials and the subsequent collapse of his marriage led him to attempt suicide 3 times.

According to him, he even cut his scrotum at a point in an attempt to end his life.