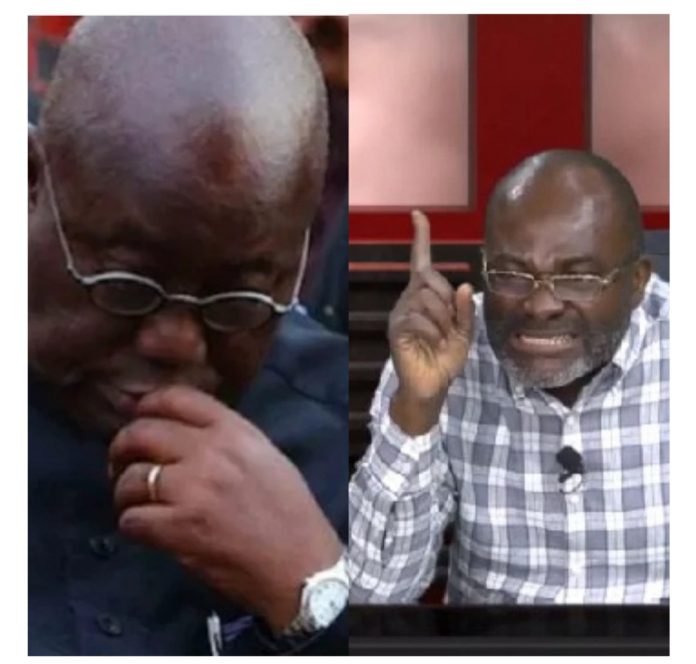 I am very much disappointed as well – Kennedy Agyapong.

Maverick politician Hon Kennedy Agyapong has once again voiced out his disappointment about the state of affairs in the country, which has surprised a section of concerned Ghanaians leaving them more confused than ever before.

Hon Kennedy Agyapong is one of NPP’s political stalwarts whom anyone can confidently vouch that he of all people will never turn against his own party during tough times, and indeed, this has been witnessed about him on several occasions especially on radio and TV.

Hon Agyapong is one maverick of a politician who has over the years remained very steadfast, persistent and unrelenting in speaking for and convincing many Ghanaians about why the NPP is the best thing to ever happen to Ghana and why they have to keep the NPP in power if they want the economy to progress to the next level.

He has also on several occasions on different platforms stated that among his peers, he is the only one who remembers and appreciates the good work, patience and discipline President Nana Addo Dankwa Akuffo-Addo has exhibited over the years throughout his political life.

The Hon Kennedy Agyapong has also on several occasions lambasted Ghanaians and even his very own party people for not appreciating the great sacrifices and the good works of his excellency Nana Akuffo-Addo but rather prefer to rain insults at him in these hard times.

He also recounted the commitment and hard work of the President on managing the coronavirus pandemic situation, coupled with the challenges that the pandemic had imposed on the economy and safety of Ghanaians as a whole.

According to him, the President rather deserves the unflinching support of all well meaning Ghanaians, and in his opinion, the President deserves our praise rather than the vile invective and criticisms he is currently receiving from a section of disgruntled Ghanaians.

He expressed his disappointment at all these seeming ingratitude and assured Ghanaians that things will get better and return back to normal so people should remain patient, stop the chastising and rather rally around the President and the NPP government in these difficult times, for better days lie ahead.

“I am disappointed as well in some Ghanaians for this sudden and unexpected ungrateful attitude towards this present government under Nana Addo, but I know things will turn around” he said.