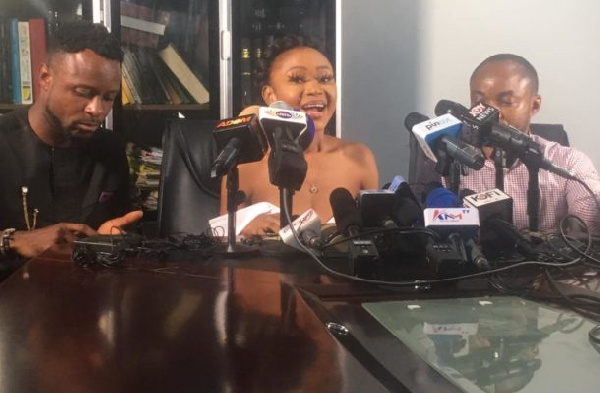 Akuapem Poloo was released yesterday after making bail following her 90-day jail sentence for publishing a photo of herself posing naked in front of her son.

Speaking at a press conference on Saturday, April 24, 2021, the actress said she was appreciative to President Akufo-Addo, the Minister of Justice, Godfred Yeboah Dame and all persons in and outside the country who championed campaigns for her release from the Nsawam Prison.

She further pledged to refrain from any such action in the future and urged others not to emulate her actions.

“I didn’t know that taking a photo with my son in that manner would put me in trouble. I didn’t know it wasn’t a good thing. Please have mercy on me and forgive me. I didn’t do that intentionally. I want to urge my colleagues and young people too to desist from such an act, especially all forms of nudity. We need to put a stop to it. It is not good,” she said.