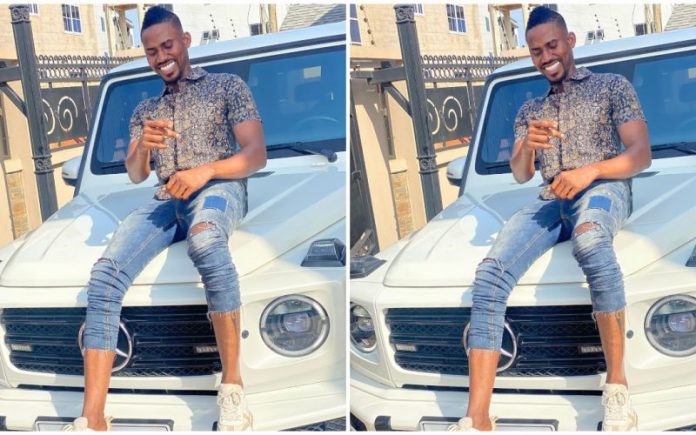 Ibrahim Dauda also Known as Ibrah One has via his intastory alleged that the president is the biggest scammer of all time.

Ibrah named JoJo Oolong Nkrumah and Kissi Adjabeng to be among the scammers he is pointing out.

He alleged that, Kissi Adjabeng was given special prosecutor to silence him about Ahmed Suale’s case.

Read his message below;

”Nana Addo is the biggest scammer of all time, Some of his appointees (Kojo Oppong Nkrumah and Kissi Adjabeng) are scammers, Kissi was bribed with the position special prosecutor just to rubbish Ahmed Suale’s case.#Ibrahone

He further added; Everybody in Ghana knows kissi to be a criminal, who goes after fraud boys money”

Checkout the screenshot below; 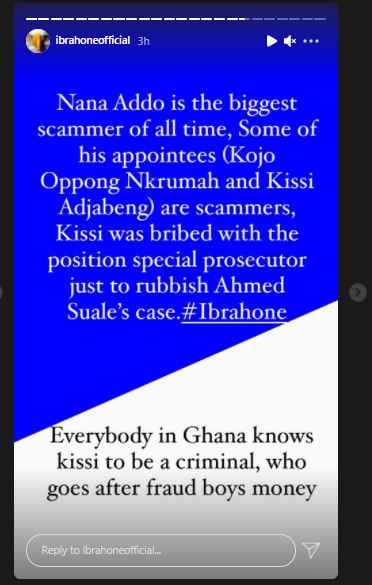