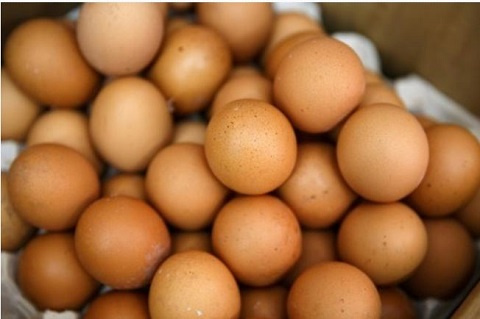 The Greater Accra Poultry Farmers Association (GHAPFA) has attributed the recent increase in egg prices to the high-cost feed used by the poultry farmers.

The president of the association, Mr. Michael Nyarko-Ampem stated that the raw materials used in preparing the feed have surged by over 100 percent.

“There was a major problem with the prices of the raw materials especially maize and soybean. Maize for instance went up by 100% and then wheat and soybean all went up” he said.

He explained that the feed producers had no option than to also increase the feed price.

Mr. Nyarko-Ampem made this assertion in an interview with the B&FT after a workshop organized by the association for its members.

He stated that other raw materials like wheat also saw an increase from GHS130.00 to GHS190 for a 50kg bag within the same period under review.

This, he said negatively impacted egg production hence the cost was passed on to the consumer.

Though there is maize available, Mr. Nyarko-Ampem reiterated that the prices still remain a challenge.

“For us we feel if some of these things are not curtailed and we collapse, then the industry also collapses because prices will just escalate” he stated.

He then urged authorities to subsidize the prices of the raw materials to help them increase production.