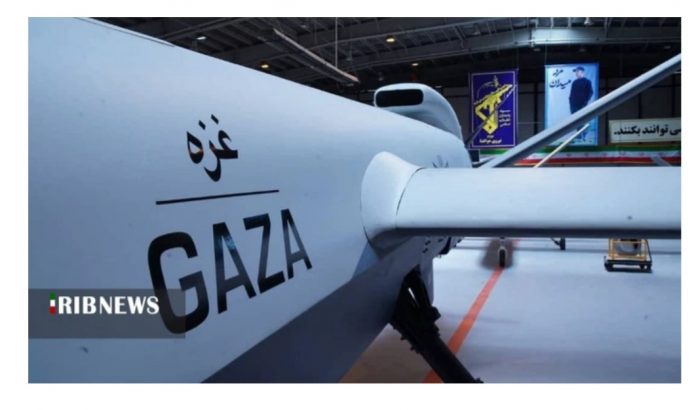 Iran’s IRGC unveils a new drone named Gaza that can carry 13 bombs up to a distance of 2,000 Km.

The Islamic Revolutionary Guards Corps (IRGC) is a branch of the Iranian Armed Forces, founded after the Iranian Revolution on April 22, 1979 by order of Ayattollah Ruhollah Khomeini. 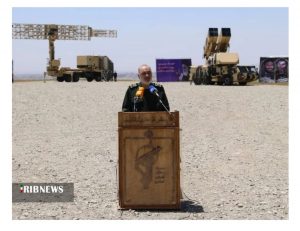 Whereas the Iranian Army defends Iranian borders and maintains internal order, according to the Iranian constitution, the Revolutionary Guard is intended to protect the country’s Islamic republic political system. 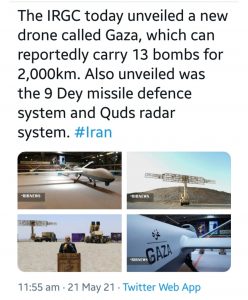 The Revolutionary Guards base their roles in protecting the Islamic system as well as preventing foreign interference and coups by the military or “deviant movements”.

Today, the IRGC unveiled a new drone called Gaza that can carry 13 bombs up to a distance of 2,000 km. 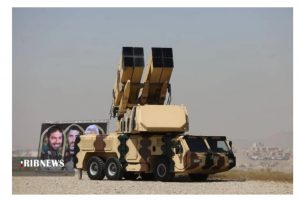 According to Kian Sharifi, a BBC journalist who specializes on Iran, “The IRGC today unveiled a new drone called Gaza, which can reportedly carry 13 bombs for 2,000 km.

The jouranlist also provided a photo of the drone with the word “Gaza” printed on its fuselage.

Suspected Nigerian peddler arrested with drugs worth over N10m in India