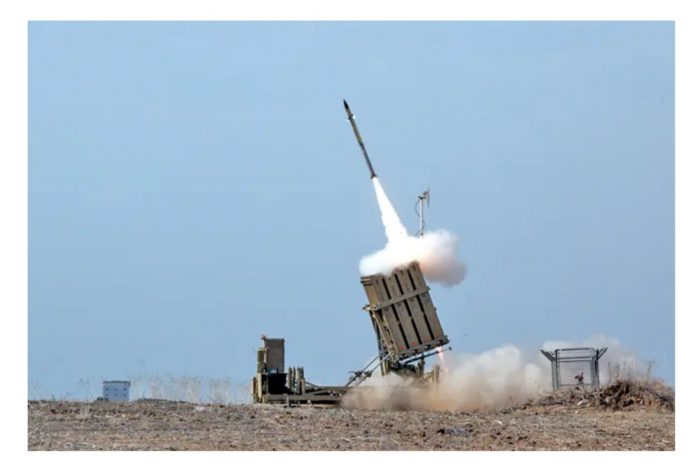 The current conflict raging between Israel and Hamas is getting close to the brink of a full scale war if nothing is done by the international community to help ease the very tense situation.

The conflict is developing very fast and furious with both sides exchanging heavy fire against each other.

In an effort to prevent Israeli casualties, the Israeli Defense Force (IDF) has reportedly been firing one of its most sophisticated air and missile defense system in the hope of getting Hamas to surrender its offensive.

This Israel missile defence system in operation is none other than the well known Iron Dome.

The Iron Dome missile defence system is a very sophisticated one but despite that, the projectiles could sometimes land on Israeli territory potentially destroying life and property.  So there is no absolute guarantee that the missile would always hit it’s intended target.

Media reports have emerged online about such an occurrance.

According to Lebanese media sources and updates reported on some of their social media pages, there has been such an incident involving an Iron Dome missile interceptor landing and destroying property on Israeli territory. 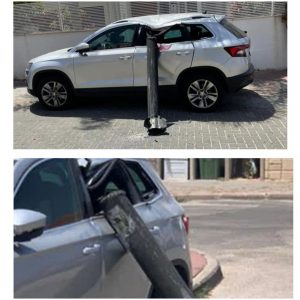 In this particular incident, the Iron Dome missile interpceptor had fallen onto a parked vehicle.

However, it is not yet known precisely where the missile hit and whether there were casualties or not.