Abede Pele is one of Ghana’s finest strikers and skipper. Abedi revealed he owns izwe Loans. 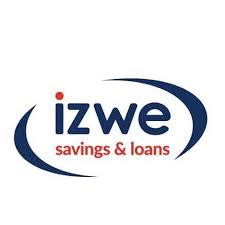 Izwe loans has been operating since 2011 and the former Marseille player is the boss of the massive savings and loans company.

“I have done so many things but my character is very calm, I am always in that” He added

“I have been in the country working very hard, I have a microfinance company which is very huge and number one in the country called Izwe Loans” He added.

“We give loans to teachers, military, police to support them in their daily lives. They have to send their children to school and so we give them these loans to manage and buy things for their children”,  Abedi Pele disclosed this in a discussion with French Ambassador to Ghana, Anne Sophie.

Abedi Ayew, known professionally as Abedi Pele, is a Ghanaian former professional footballer who played as an attacking midfielder and who served as captain of the Ghana national team, the Black Stars.

He is regarded as one of the greatest African footballers of all time.

Abedi Ayew was born on November 5, 1964 at Kyebi in the Eastern Region of Ghana.

Abedi Ayew Pele has a sibling Kwame Ayew, who also played for the national team.