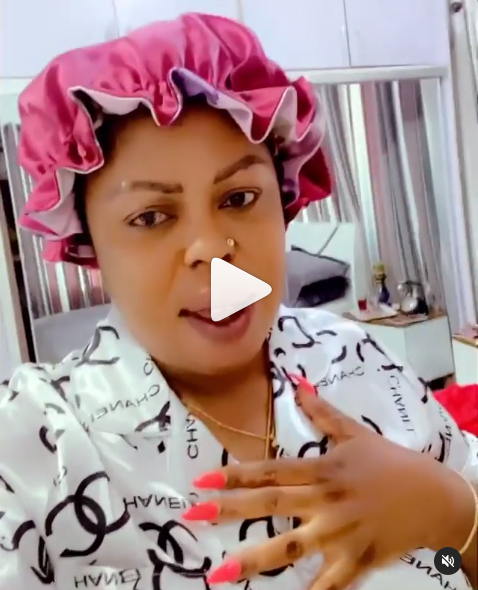 Popular female celebrity comedian, actor and entrepreneur Afia Schwarzenegger has come had at Nam1 customers for asking Nana Addo to pay their locked up cash.

Nam1 the CEO of Menzgold and Zylophon Media was in the news sometime in 2018 for swindling monies of his depositors.

SEC warned about his business model not being regulated and most of his victims did not heed as they were receiving heavy profits on their investments.

Everything seemed so good until the government locked up nam1 offices and all hell broke loose.

Demonstrations were made, lives were lost and many other unbearable hardships were caused because of the lock-up of cash in the government.

Afia, a Former ardent supporter of NDC now an NPP strong supporter has shared a video directing all menzgold customers to find a way of collecting they’re locked up cash from NAM1 and stop disturbing Nana Addo Dankwa Akuffo Addo.

She said Nana Addo will not be using taxpayers’ money to pay NAM1 customers because they were warned.

Video: Bad Girl Akuapim Poloo Starts The New Year By Twerking In Front Of Her Mother

She added that when you make contributions to a susu(unregulated financial institution) you don’t ask your pastor to pay the money to you when it’s gone.

What do you think about Afia Schwarznegger’s comments please share in the comments below.

A Stroll Along The Coast Of Ghana

Travel Staff - January 16, 2021 0
Tourism as an industry has been traveling with the advancement in recent times with people far and near visiting beautiful sites to learn, have...

A Stroll Along The Coast Of Ghana