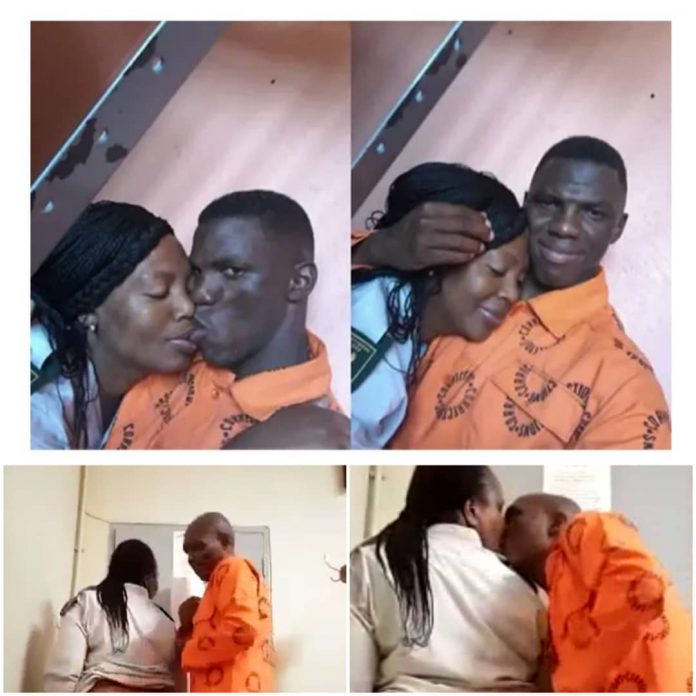 Pictures have emerged on social media where a Losperfontein Correctional Centre employee is seen to be intimate with a prison inmate.

The incident has caused the employee to take her own life on Monday morning and a suicide case had been opened.

Correctional Services spokesperson Singabakho Nxumalo said it is unclear how the pictures were shared and who shared them.

He further stated that in the case of the inmate involved, an investigation is underway to indicate the violations and to recommend sanctions.

“The Department of Correctional Services (DCS) has been made aware of images involving an official and inmate, from Losperfontein Correctional Centre, in an intimate position circulating on social media,” Nxumalo said.

“As this is disturbing and strictly prohibited, the department condemns this type of behaviour in the strongest possible terms.

“Whilst DCS was busy investigating this matter, we have since learned with shock that the official allegedly appearing on the images has committed suicide.”

Regional Commissioner Mandla Mkabela has expressed grief and sadness at the incident.

”On behalf of DCS, we want to convey our condolences to the family and colleagues of the deceased official,” said Mkabela.

“We have dispatched a team of senior managers and our Employee Assistance Programme (EAP) specialists to provide necessary support.”

Police MTTD to clamp down on recalcitrant road users