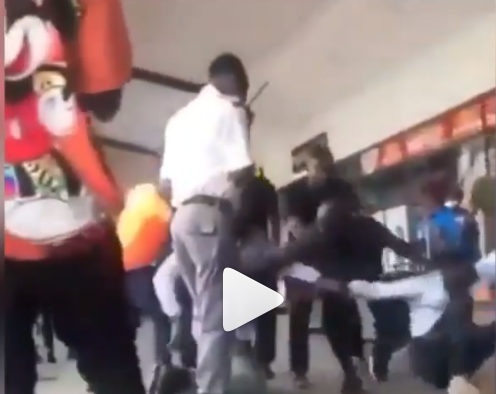 Newtodaygh.com has chanced upon a video that is circulating wildly on social media of two grown men fighting over a woman in a public place that looks like a mall.

This is 2021 and by now fighting over women should have been left in 2020, but hey no, these two strong men decided to show who is stronger by exchanging blows in the public all because of a woman.

It is unclear if the lady in question is even aware they are fighting because of her as in the background of the video we couldn’t see any woman appearing to separate them.

It took the intervention of almost four men to separate the men as they remained glued to each other while exchanging blows on the ground.

We hope they try and settle these issues peacefully, your news trusted news source newstodaygh.com will keep you updated on what happens with these two guys.