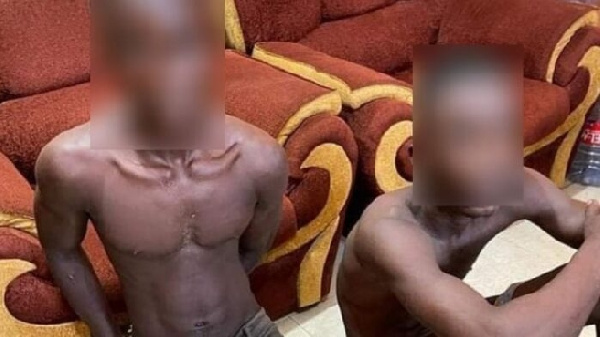 Felix Nyarko and Nicholas Kiki have allegedly been accused of killing eleven-year-old Ishmael Abdallah Mensah for ritual purposes in Kasoa.

The ages of the two accused persons had been an issue for contention as it will essentially determine the extent of punishment meted out if they are indeed found guilty for the crime.

Police prosecution was finding it difficult in ascertaining the ages of the two accused persons but the prosecutor on Tuesday, May 4, told the Ofaakor District Court that they have been able to ascertain the age of one of the juvenile offenders.

Prosecutor, Chief Inspector Ernest Agbo told the court that they have been able to know the age of one of the accused persons, Felix Nyarko who is a juvenile as records at his former school shows he was born on 1st September 2005 making him 15 years.

The Police say they were unable to get any records at the said hospital the accused claims were born but they are satisfied with his school records that he will turn 16 years in September.

The prosecution further prayed the court to allow them more time to conclude the duplicate docket and forward it to the Attorney General’s Office for advice.

The case has been adjourned to May 16th, 2021 while the accused persons are still in remand.