Prince Harry wore military uniform as he joined Prince William in their latest joint appearance in memory of their late-grandmother Queen Elizabeth II on Saturday.

The brothers participated in a poignant vigil beside her coffin, joined by their royal cousins, after days of debate about a ruling that only working royals would get to wear uniform at the 96-year-old monarch’s funeral.

Prince Andrew was given special permission to wear his military uniform at a vigil that was only for the queen’s children, however, initially no similar opportunity was found for Harry.

That all changed when on Friday, September 16, the palace announced King Charles III had invited Harry to wear his uniform at the vigil for grandchildren.

The Queen’s body has been lying-in-state at the hall since Tuesday where, in accordance with tradition, members of the public have been able to file past to pay their respects.

People began lining up for the lying-in-state days in advance with the queue being closed at points after reaching capacity with wait times extending to up to 24 hours. 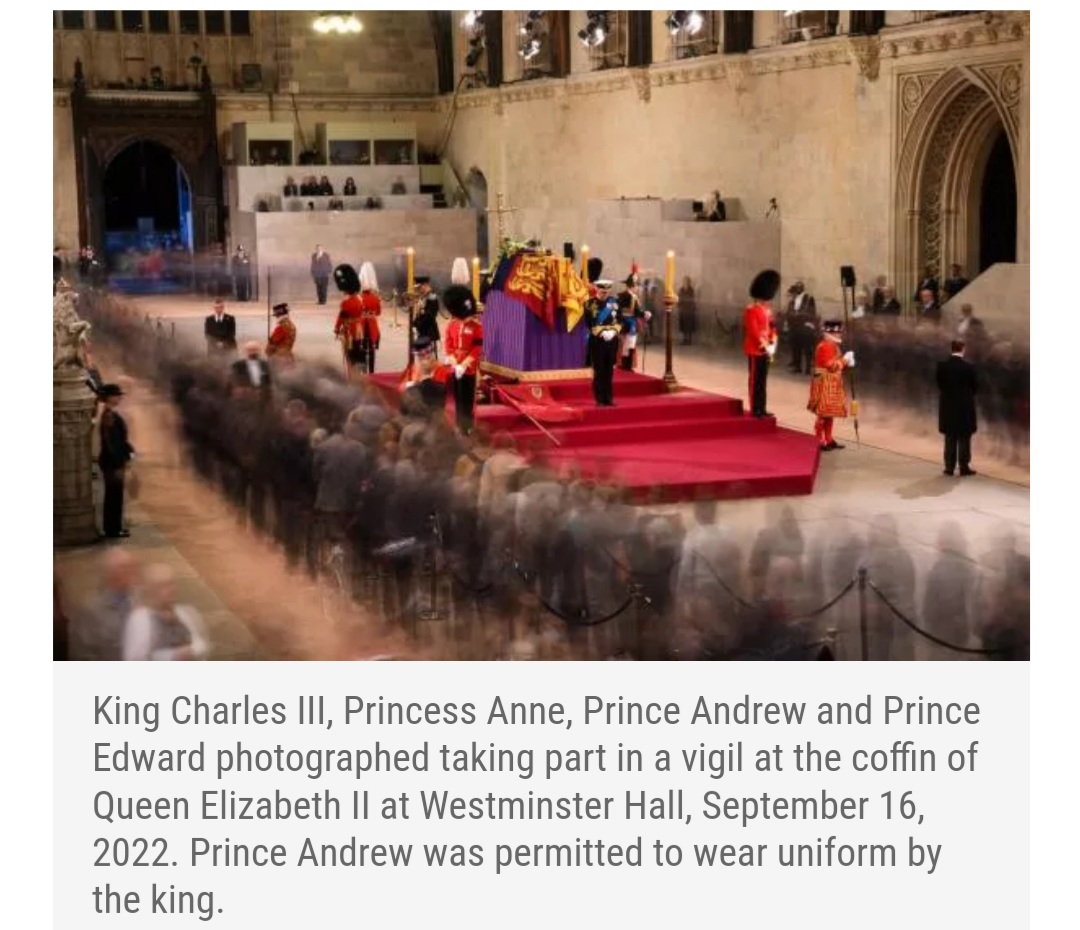 The Duke of Sussex only got the chance to wear his military uniform after a climbdown from King Charles III.

Also read: Harry ordered not to come along with Meghan to see dying Queen

The grandchildren’s vigil is the first of it’s kind to take place with female members of the royal family included among them.

The tradition of royal vigils dates back to 1936 when the four sons of King George V stood beside their father’s coffin wearing their military uniforms.

Princess Anne became the first princess to take part in such a vigil on Saturday alongside her brothers; King Charles III and Princes Andrew and Edward.

Uniforms became a contentious topic of debate in the days leading up to the royal vigils of the children and grandchildren of the Queen over whether or not Andrew and Harry had the right to wear them.

Both princes were stripped of their military patronages over the past two years for very different reasons, despite both serving in armed combat for their country.

Andrew had his military honors removed in January, 2022, amid a lawsuit filed by Jeffrey Epstein victim Virginia Giuffre, who alleged that the prince raped her while she was a 17 year old sex trafficking victim.

The prince denied the accusations but came under fire when he publicly discredited Giuffre and failed to appropriately distance himself from Epstein, with whom he’d had a friendship, during a disastrous 2019 interview with BBC’s Newsnight.

Andrew lost his patronages, including the colonelcy of the Grenadier Guards, in February before settling the lawsuit with Giuffre out of court for an undisclosed sum while maintaining his position of innocence.

It was announced at the time that the royal would not return to public life and that he would maintain a position as a private citizen.

Harry surrendered his military patronages including the captain-generalcy of the Royal Marines in 2021 following the end of the one year grace-period set out by Queen Elizabeth II when the royal stepped down from his role as a working royal with Meghan Markle in 2020.

No longer holding any honorific association with the armed forces, Harry was not entitled to wear a uniform for the ceremonies marking the queen’s death including the lying-in-state vigil and the state funeral.

The royal’s spokesperson at the time announced that: “Prince Harry, The Duke of Sussex will wear a morning suit throughout events honoring his grandmother.

“His decade of military service is not determined by the uniform he wears and we respectfully ask that focus remain on the life and legacy of Her Majesty Queen Elizabeth II.”

Following this it was later revealed that it was King Charles’ wish that both William and Harry wear uniforms for the vigil, as the new monarch made a concession for his youngest son.

The same concession was granted to Andrew who wore uniform during Friday’s vigil.

Members of the public continued to file past the coffin to pay their respects as the Queen’s grandchildren stood beside it, with a number bowing and curtseying as they did.

However, the British government officials overseeing the lying-in-state operation of the late-Queen Elizabeth II have told members of the public to stop joining the 4.9-mile (7.9km) line stretching from Westminster to Southwark because the park has reached capacity. 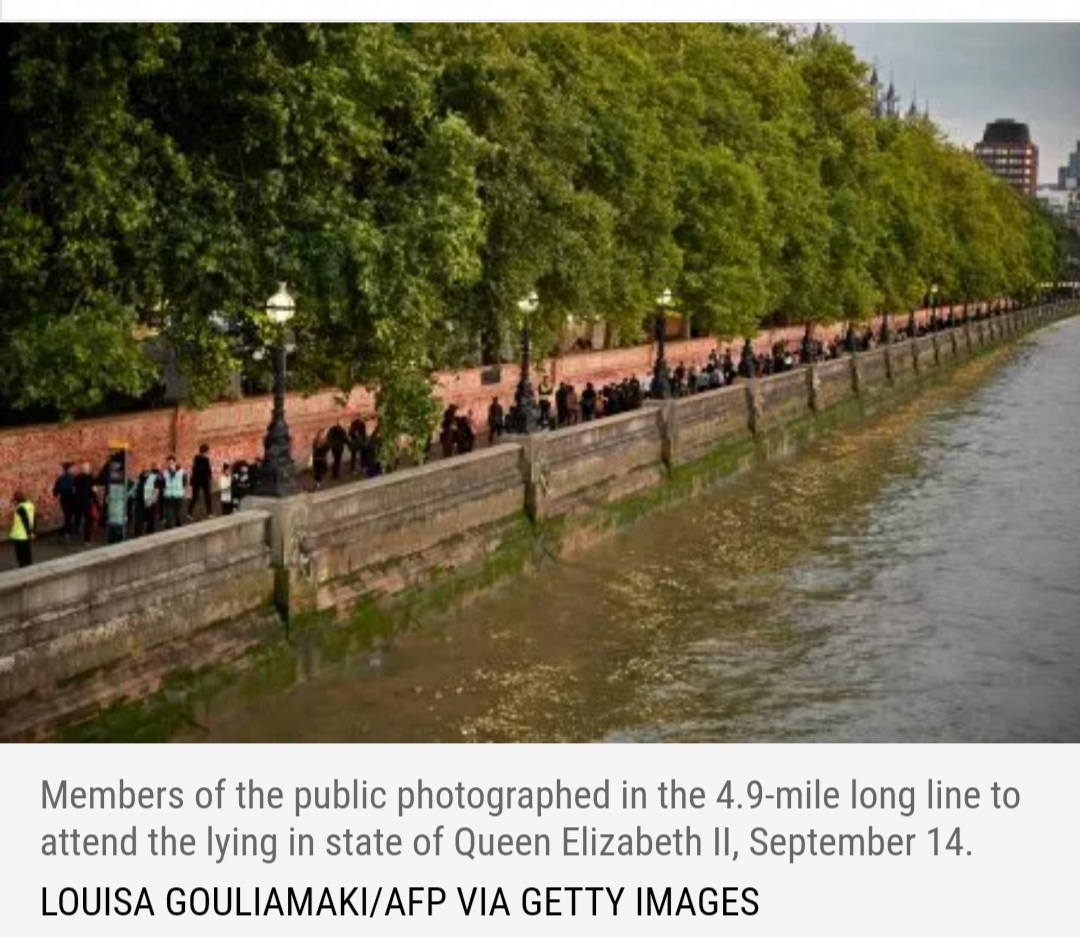 The monarch’s coffin is currently on display in the oldest part of the Palace of Westminster, the central hub of British politics also home to the houses of Parliament and Big Ben.

Members of the public have been granted a period to show their respects in person to the queen who died aged 96 on September 8, lasting until the morning of her state funeral on Monday September 19.

The queen’s body will be moved to Westminster Abbey on Monday morning where her state funeral will take place in the presence of world leaders and foreign monarchs.

After this there will be a procession through London to Wellington Arch close to Buckingham Palace from where the coffin will be driven to Windsor Castle. 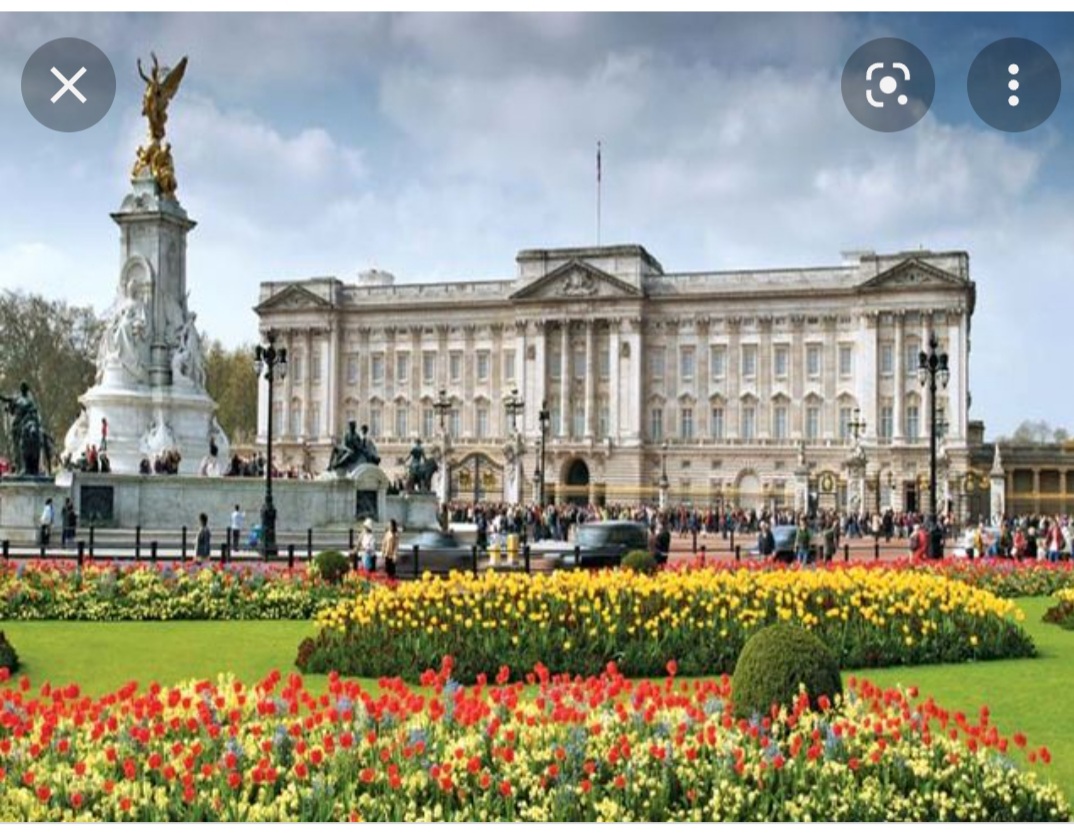 Once at Windsor the Queen will be laid to rest beside her husband Prince Philip who died in April 2021.

Previous articleBuckingham Palace break-in: Man who broke into Queen’s bedroom while she slept reacts to her death
Next articlePresident Akufo-Addo to attend funeral of Queen Elizabeth II