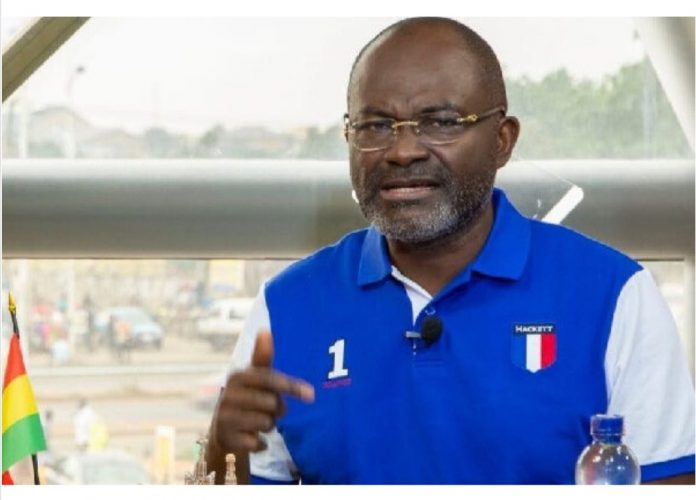 These attacks followed the brouhaha that ensued after the Number 12 investigative piece by Investigative journalist Anas Aremeyaw Anas.

Kennedy Agyapong, who was not pleased with the work of Anas Aremeyaw Anas and the fact that the exposee implicated President Akufo-Addo and the then President of the Ghana Football Association, Mr Kwesi Nyantakyi launched various attacks on Anas.

These attacks on Anas Aremeyaw Anas got his Lawyer, Kissi Agyabeng to react and refuted claims made against his client.

The loudmouth politician, was however in an interview with Kofi TV’s Kofi Adoma, monitored by Ghananewspress.com, lambasted the lawyer and described him as a criminal.

Kennedy Agyapong explained, that Lawyer Kissi Agyabeng is noted for defending only criminals in the country hence can be described as a criminal.

He further described him as “stupid”, “asshole” and a “useless dude”.

Lawyer Kissi Agyabeng is a known lawyer to the cousin of the President, Gabby Asare Otchere-Darko.