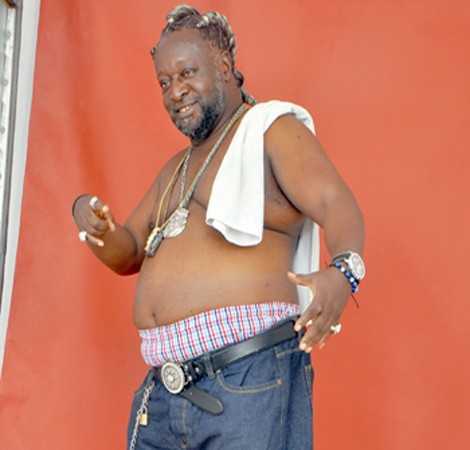 According to reports, he died on Tuesday at the Korle-bu Teaching Hospital while receiving treatment dialysis for kidney problems.

The versatile actor has been in a wheelchair for the last eight years as he recovered from a massive stroke that nearly paralysed him.

According to sources, the actor unexpectedly became sick a week ago and was found to be very dehydrated. He was subsequently rushed to the Ridge Hospital where he was put on drips and several otner tests run on him.

According to a brother of the late actor, Mr. PaJohn Bentsifi, the doctors diagnosed him with kidney problems and recommended he undergoes dialysis.

His first dialysis session took place on Tuesday, February 9, at the Korle Bu Teacching Hospital where he unfortunately passed on.

The actor who suffered a mild stroke while on a movie set recounted what he went through during his sickness which convinced him that the welfare of matured actors is not on the priority list of the Ghana Actors Guild and that the Guild has no welfare plans for the elderly in the movie industry.

He is one of the pioneers of the Guild, and looks back on its founding principles with much regret.

“It certainly doesn’t make me happy. In my personal case, I am not frightened as such because I work for my father’s company.
“I have my social security so I feel for those who maybe do not have anything to depend on when they get old.

The acting industry does not have anything for them to rely on”, he lamented.

Some of the memorable movies and TV series which brought him to fame include; Home Sweet Home, Hotel St. James, Run Baby Run, Love Brewed in the African Pot and many others which he made an appearance.