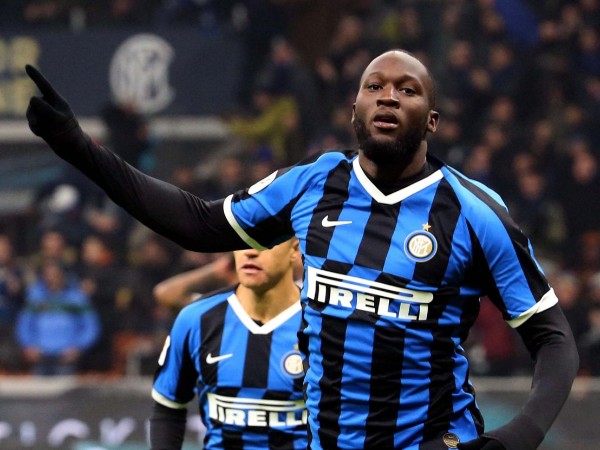 Manchester city are reportedly looking to improve in their squad in several areas with Inter Milan’s striker a target.

City lies four points behind leaders Manchester United with a game in hand ahead of their tie with Crystal Palace on Sunday.

Manchester city are currently facing long term dilemmas in areas such as defence and up front with the likes of Sergio Aguero, Fernandinho and Eric Garcia able to leave for free this summer and City are will target a new striker, left-back and a defensive midfielder in their mega-money overhaul of their squad, according to the Telegraph.

One area of concern is a long-term replacement for striker Sergio Aguero who has been struggling with injury problems since the start of the season. Aguero is City’s all time goalscorer but his contract expires in July with Aguero yet to make a decision on his future.

But City are targetting a new striker even if Aguero ends up staying at the Etihad beyond this summer as he’s 32 years now.

Romelu Lukaku, Erling Braut Haaland and Darwin Nunez have been targeted as long-term successors to Aguero. A move for Lukaku would see the striker return to Manchester having spent two seasons at City’s rivals United between 2017-2019.

Lukaku struggled for playing time under Jose Mourinho and Ole Gunner Solskjear despite scoring 42 goals in 96 appearances in all competitions for United. In the summer of 2019, he completed his move to Inter Milan for a fee of 72 million euros, with the forward scoring 51 goals in 73 appearnces for the Neazzurri.

Last November, Guardiola extended his contract by two years to 2023. Since Guardiola’s arrival at Manchester City in 2016, he has won two Premier League titles, three Carabao Cup titles and the 2019 FA cup.

City have also been linked with a move for Barcelona captain and global superstar Lionel Messi over the past six months, with his contract at the Camp Nou expiring this year.

Three students from one family contracts COVID-19 at PRESEC