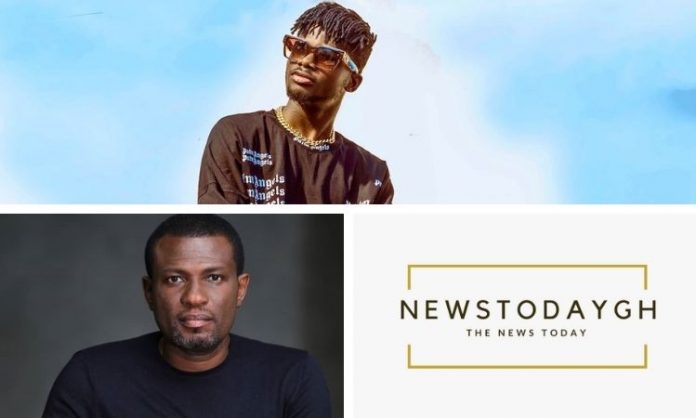 Award-winning hip-life artiste Kuami Eugene has said that the famous arts personnel Mark Okraku – Mantey deserves the position of the Deputy Minister of Tourism, Arts and Culture since the President is yet to announce the nominee for Deputy Ministers.

Some people in the arts industry are campaigning forcefully to ensure Mark Okraku-Mantey is appointed. Other the other hand, other people disagree with those I’m support of making him the Deputy Minister.

Speaking with IB in an interview, hip-life artiste, Kuami Eugene said he believes Mark Okraku-Mantey is someone who is apprised with the creative arts sector and deserves the nomination to continue pushing it to its destination.

Get married to your baby mama – Kuami Eugene tells Kidi

It is best to have someone who understands you to represent you in a position you can seek help. It’s my prayer he is nominated. Let’s all support him” he said.