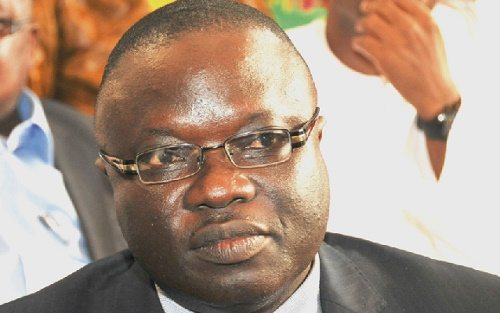 Former deputy Sports Minister Hon. Vincent Oppong Asamoah has stated the idea of monetizing the Black Stars will not translate into winning the AFCON.

The Black Stars who are four-time winners of the African Cup of Nations, are still searching for their first title since winning their last title in 1982 in Libya.

Whilst the wait for a first AFCON title since 1982 has lingered on, the Black Stars have come close to winning the title on three occasions 1992-Senegal, 2010-Angola, and 2015- Equatorial Guinea and Gabon in the last 3 decades.

On Monday, H.E. Nana Addo Dankwa Akufo-Addo in his quest to win the Afcon title during his tenure in government held a meeting with Chief Executive Officers of State Institutions and Corporate Ghana on Monday at the seat of government to appeal for funds towards the country’s campaign for the 2021 Africa Cup of Nations and the World Cup to be staged in Qatar.

The President has already pledged $10m for the campaign and urged the Sports Minister to solicit for additional $15m from Corporate Ghana.

Oppong Asamoah said the move by the government to appeal for funds should be commended.

However, he indicated that paying huge bonuses to the players as motivation will not guarantee the Afcon title.

“I don’t think Black Stars’ motivation should be based on money. There should be other things to motivate the Black Stars. If we continue this way we will keep getting the same results”, he told Happy FM.

“All our focus is on football especially the Black Stars. If Ghana can make an impact in other disciplines then we have to make funding available to the other sports”

“Government should give tax exemptions to companies that invest or support sporting disciplines which will also encourage others to join”, he added.

The Black Stars will be looking to end their Afcon trophy drought in next year’s competition to be staged in Cameroon.

Ghana marks 20 years of the May 9 Stadium Disaster