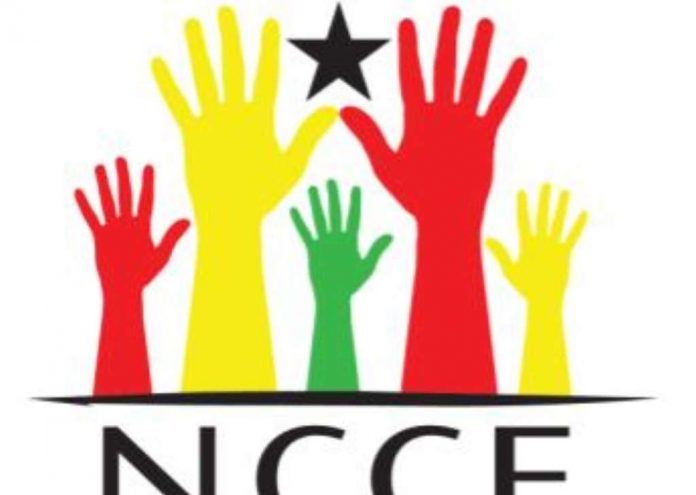 Mr Harris Quansah in his welcome address laid out the modalities of the Ghana Constitution Game competition to the participating Schools before the game began at 9.00am. He added that the main objective of the Exercise is to encourage the students to learn and know the 1992 Constitution of the Republic of Ghana, laws of Ghana, as well as current Issues trending within the Country. Six games were played among participating schools in each zone with each game lasting for 30 minutes. 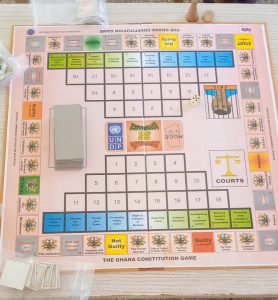 The Constitution Game Board

Mr Boakye Yiadom, Programs Officer in his closing remarks congratulated all participating School teams on behalf of the Head Office of the National Commission of Civic Education and the Fanteakwa North District NCCE Office. He further encouraged all students and patrons to be abreast with the tenets of the 1992 Constitution of The Republic of Ghana as well as issues on current Affairs in the country in order to be responsible citizens of Ghana. 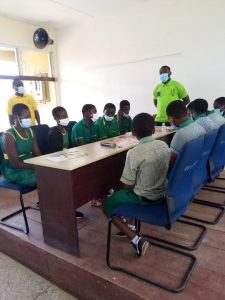 Mr Jamani Dramani, Fanteakwa North District Coordinating Director also shared with Newstodaygh that, he was personally overwhelmed seeing the students play the Ghana Constitution Game board and answering questions about the Laws of Ghana and current Affairs. He said, ” It is very important to know the Constitution of the country in which you live, and starting with these Junior High Schools Students serves a great bases for one to know the Constitution of the Republic of Ghana, knowing the constitution gives a fair idea about the legal processes in Ghana”. He added that limited Resources and funding are some of the challenges that did not help in including all the Junior High Schools in the District, however he commended the District NCCE Director, Miss Cynthia Essel and her Officers for successfully organising such an educative exercise which put the District amongst the first in the country to have performed such great task despite their challenges. Mr Dramani congratulated the winners of the four zones and wished them well in their academic endeavours. 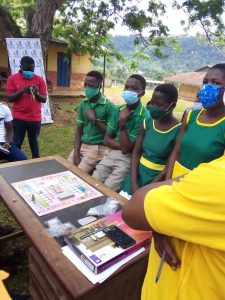 Miss Cynthia Essel, NCCE District Director, told Newstodaygh that, the Commission embarks on service delivery in the form of civic education, there is the need to measure progress. That is why the Ghana Constitution Game board competition was held. Through play, students were made to ask and answer questions within the laws of Ghana. The outcome of this game will help the office identify civic education areas that needs to be thought and redressed.

Miss Cynthia Essel,the District N.C.C.E Director on the left side of the D.C.E enjoying the Game.

The District Presiding Member, Hon. Kwabena Brako- Boateng commended the NCCE District Director and her team.” The program in all was very well arranged and the teachers of the various participating schools were very cooperative, this is the first of it kind I have seen within the District and I must commend the Organisers, however some students were looking at the faces of their teachers for answers which I think it wasn’t the right thing to do so I pray that going forward the Organisers will separate the teachers far from the participating students, aside that the program was delightful to watch”.he said.

Patrons of each participating schools shared a common view that , the exercise was a first of it kind in the District and they learnt a lot from such experience and wish it continues. Generally the Patrons of the winning Schools said they are ever prepared for the next (Final) competition in the next Academic Semester.

JHS 3 girl dies in fight among pupils at Atomic

All You Need To Know About KNUST| History| Achievements And More