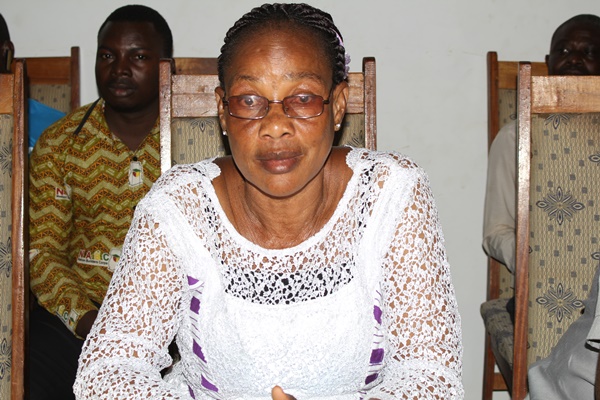 The swearing-in ceremony of the District Chief Executive (DCE) of Nabdam District in the Upper East Region was sworn into office in a rather bizarre and unconventional manner.

The swearing-in ceremony was performed outside the District Assembly building where she took the oath of office sitting inside her official vehicle.

Hon Agnes Anamoo was appointed by the President with the first voting taking place on September 30, 2021.

However, the voting process was not without incident.

A serious scuffle ensued among some of the assembly members so another round of voting had to be scheduled for October 7, 2021.

The last exercise turned out to be invalid after it struck those who supervised and endorsed it almost two days later that the idea had breached the Local Governance Act and the Model Standing Orders for Metropolitan, Municipal and District Assemblies.

According to the Act and the Standing Orders, voting should be conducted by secret ballot on the nominee regardless of any unanimous consent among assembly members.

The blunder, which some observers described as an illegality, prompted an emergency meeting on Sunday for assembly members to endorse her nomination.

Sunday happened to be the last day of the 10-day grace period provided by law for the nominee to seek approval from the assembly members for the last time.

The Presiding Member, Sampana Zure Abass, came under severe pressure from the Upper East Regional Minister, Stephen Yakubu, traditional chiefs and some other public figures to convene a meeting that saw assembly members sacrifice their rest at short notice for the nominee’s second-term ambition.

Reports say she sat inside the vehicle throughout the event, extremely “traumatised” because it had seemed the Presiding Member was not going to appear at the event (but he finally did) and she was unsure about the outcome of the voting proceedings inside the hall until the results were finally declared.

During the second round of voting, out of the 18 assembly members who voted, she managed to secure 16 out of the total 18 votes cast.

The swearing-in ceremony was done in front of the Nabdam District Assembly Hall, with the assembly members and presiding members all standing outside as the woman was sworn-in inside the vehicle.

Right after the swearing-in ceremony, she was taken to hospital for a check up because she still felt very unwell and greatly traumatized. 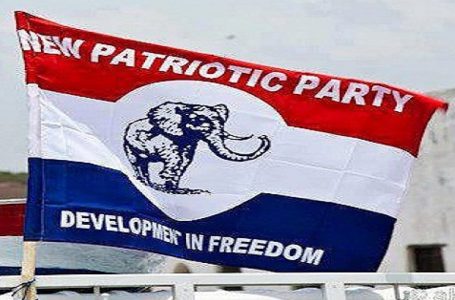