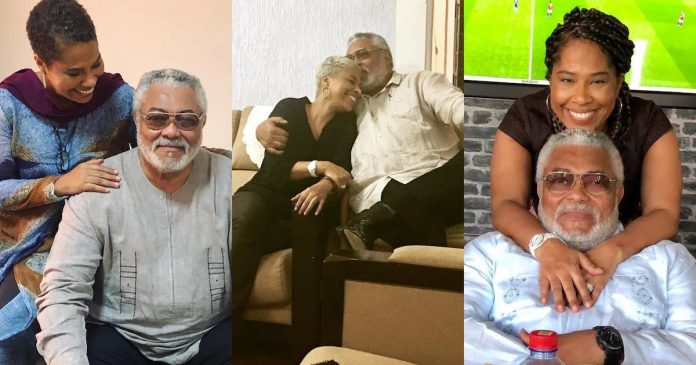 The alleged girlfriend of the late former president J.J. Rawlings, Natalie Yamb, has made a case for side chicks. She said the married man is to blame for the affair rather than the innocent girlfriend. Natalie explained that it is the man who breaks the marriage covenant by going in for a girlfriend. She surfaced after the death of the former president on November 12, 2020

The alleged girlfriend of the late former president Rawlings, Natalie Yamb, has spoken again after she shocked the world with her presence after his death. In a new post sighted by Newstodaygh.com, Yamb makes a case for girlfriends saying that from this new year, 2021 going, no one should blame a girlfriend but rather the married man.

According to her, no matter how famous or unknown a married man is, he should be the one to blame for having extramarital affairs, not the girlfriend. A collage of Natalie Yamb in various loved-up moments with the late former president.

@natalie_yamb/Instagram Source: Instagram Natalie explained that it is the married man who decides to break the marriage covenant by “promising loyalty and breaking the contract.”

Her comments came after she was bashed for claiming to be Rawling’s girlfriend. After Rawlings’ death which occurred on November 12, 2020, Natalie shared loved-up photos with him referring to him as her “hero” and “everything”.

In the caption of her post with over 10 photos in which she flaunted loving moments with Rawlings, Yamb disclosed how she and Rawlings have shared happiness and affection in over 11 years. She described the late former president as her “hero [and] soulmate” while indicating that she could not imagine life without him.

Yamb ended her touching tribute by calling for prayers for Rawlings’ wife, Nana Konadu, and children as well as other loved ones.