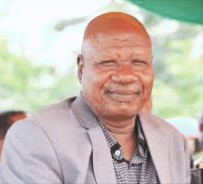 In a letter issued on Tuesday 23 March, 2021 which is signed by general secretary of the party and sighted by newstodaygh.com confirms his expulsion from the party.

“The committee report which is herein attached for your attention, found you guilty of the said allegations of misconduct, anti-party conduct and recommended among other things your immediate expulsion from the party” part of the letter reads.
The letter further asked Mr Jacobs to return any party property that may be in his custody.

It will be recalled that the party in May 7th, 2020 issued a suspension letter and signed by its national chairman to Allotey Jacobs over anti-party behavior.