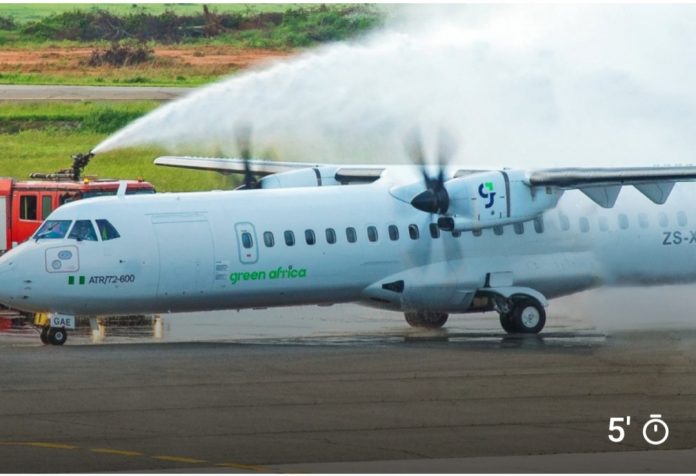 In a statement released on Tuesday, Green Africa Airways says it will start flying from Lagos to the Nigerian cities of Akure, Ilorin, Abuja, Enugu, Owerri, and Port Harcourt. 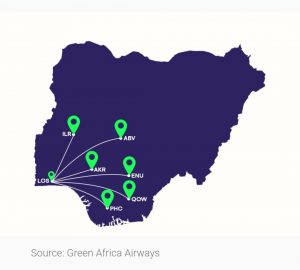 The statement says further destinations will get added as the airline scales up its operations. But already, plans are underway to establish a couple of bases outside Lagos.

“Starting with our launch route network, we are crafting a network plan that will afford more customers the opportunity to pursue their economic interest or simply spend more time with family and friends,” says Babawande Afolabi, founder of and CEO at Green Africa Airways.

Nigeria is awash with potential airline CEOs dreaming of starting up their own airline. Often the would-be airline never gets beyond a LinkedIn page. But Green Africa Airways is no watery pipedream.

With an ivy league MBA under his belt, Babawande Afolabi has worked at Morgan Stanley and American Airlines. He has been putting Green Africa Airways together since 2013.

So far, Green Africa Airways has received its air transport license from the Nigerian Government, and the air operator’s certificate is in the pipeline.

According to its statement, Green Africa Airways will offer “safe, reliable and affordable air travel to a much broader group of customers and be a significant contributor to the economic development of Nigeria and the African continent.”

While not disclosing how much money was raised, Kuramo noted the success in raising funds attested to the strength of the Green Africa Airways business case and the potential sharp-eyed institutional investors could see in it.

The airline presently has one plane, an ATR-72-600 leased from ACIA Aero Leasing. That plane is on the ground in Lagos and dressed in Green Africa Airways livery.

The ATR’s registration is 5N-GAE. The aircraft is eight years old and has previously flown for Azul Linhas Aéreas Brasileiras and Solenta Aviation. 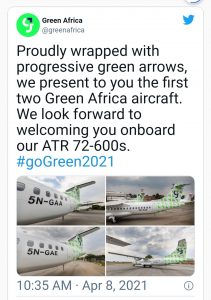