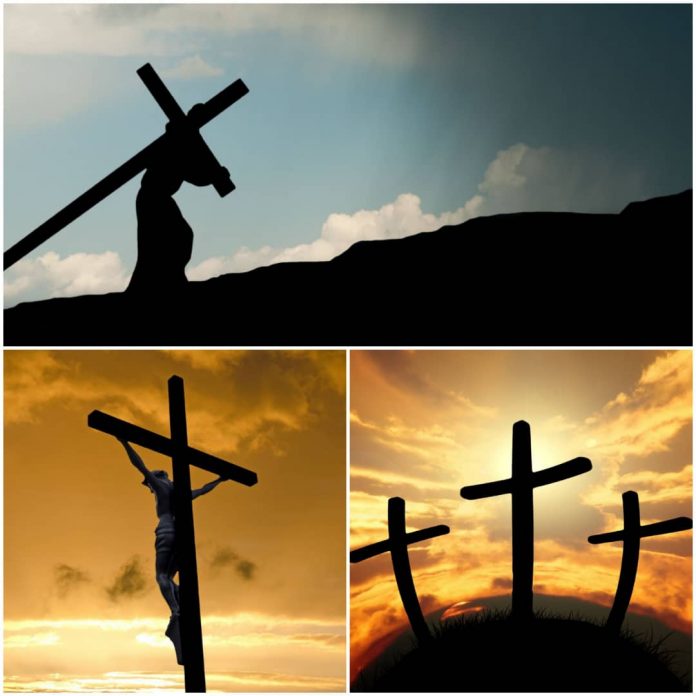 This is a three-part series article compiled to explain the genesis of Easter.

Easter is one of the oldest celebrations of the followers of Christ Jesus in remembrance of his suffering and death on the cross of Calvary over 2,000 years ago.

As we begin the three-day celebrations today, Good Friday, it is hoped that we would come to know when, why and how it all began.

Easter is the sacred celebration of Christ’s resurrection from the dead.

It is the oldest and holiest Christian festival, the climax and center of the liturgical year, and the holy day to which all other holy days point. Even denominations that do not strictly follow a liturgical calendar commemorate Easter with tremendous joy and thanksgiving.

Like pagans, Christians celebrate the end of death and the rebirth of life; but instead of focusing upon nature, Christians believe that Easter marks the day that Jesus Christ was resurrected after spending three days dead in his tomb. Many theologians argue that the word EASTER comes from EOSTUR, the Norse word for spring, but it’s more likely that it comes from EOSTRE, the name of an Anglo-Saxon goddess.

2. WHAT IS THE ORIGIN OF EASTER?

Although Easter is probably the oldest Christian celebration aside from the Sabbath, it wasn’t always the same as what people currently think of when they look at Easter services. The earliest known observance, Pasch, occurred between the second and fourth centuries. These celebrations commemorated both Jesus’ death and his resurrection at once, whereas these two events have now been split up between Good Friday and Easter Sunday in modern times.

3. WHEN IS EASTER CELEBRATED?

Easter can occur on any date between March 23rd and April 26th and is closely related to the timing of the Spring Equinox. The actual date is set as the first Sunday after the first full moon that occurs after March 21, one of the first days of spring. Originally Easter was celebrated at the same time as Jews celebrated Passover, the 14th day of the month of Nisan. Eventually, this was moved to Sundays, which had become the Christian Sabbath.

4. WHY DOES THE DATE OF EASTER KEEP CHANGING?

The gospels tell us that Christ’s death and resurrection took place during Passover and the Feast of Unleavened Bread, the sacred commemoration of Israel’s deliverance from slavery in Egypt (Exodus 12:1-17). Passover is a festival that always falls on the evening of the fourteenth day of the Hebrew month of Nisan. The Feast of Unleavened Bread follows immediately on 15 Nisan and lasts seven days.

Although Passover and the Feast of Unleavened Bread are separate festivals, they have usually been considered to be a single multi-day observance. Therefore, the gospel of John refers to Passover as the “Day of Preparation” and the Feast of Unleavened Bread as a “High Day Sabbath” (John 19:31). The ancient Hebrew calendar is based on twelve lunar months, which is a total of approximately 354 days — 11 days short of the full cycle of the seasons. Passover must fall in the spring because that is the time of year that lambs are matures enough to slaughter for the feast (Exodus 12:5). To keep the month of Nisan in the spring, a 13th month is added to the Hebrew calendar every three years or so. The result is that Passover always begins in the March/April time frame but on a different day each year. Since the date of Passover is movable, the date of Easter, which was originally based on Passover, is also movable.

By the middle of the second century A.D., Christians determined the date of Easter in several ways based on local ordinances, but two methods were predominant. In Asia Minor (modern Turkey), churches celebrated the resurrection of Jesus on 14 Nisan, the first day of Passover, whether or not this day was a Sunday. Congregations in other areas celebrated the resurrection on the Sunday after 14 Nisan. This discrepancy in the dating of Easter was one of the topics on the agenda of the Council of Nicaea, an official gathering of hundreds of theologians and bishops that took place in the year 325. The council established the rule that Easter is to be celebrated on the Sunday following the first full moon after the spring equinox. Disagreements on the dating of Easter persisted, however. Differences in language and theology and poor communication between widely scattered churches resulted in many more years of controversy before the Nicene formula became generally accepted.