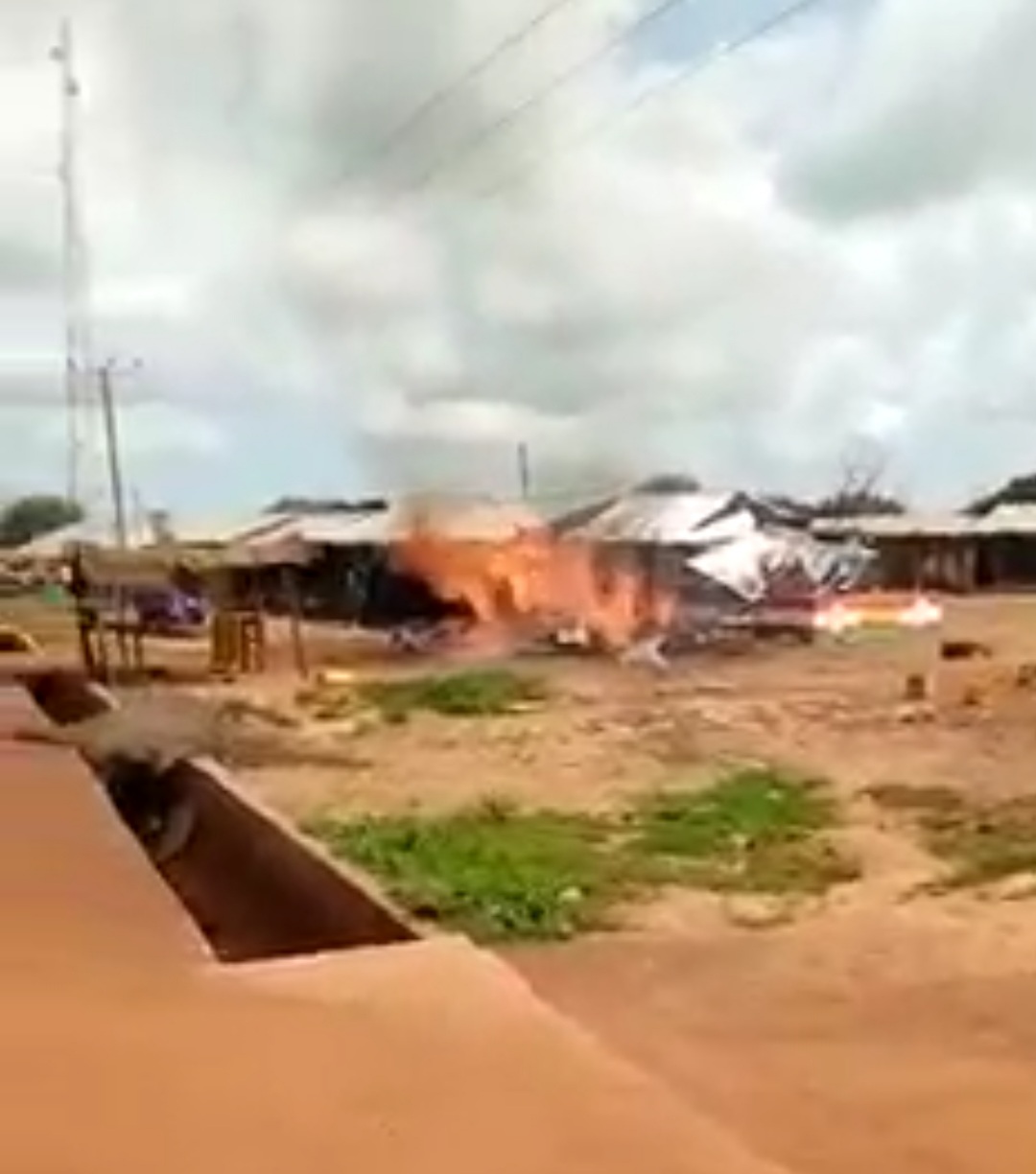 The New Patriotic Party (NPP) Chairman for the Chereponi district has been brutally beaten by party youth following the release of President Akufo-Addo’s list for the Metropolitan, Municipal, and District Chief Executive (MMDCEs) Sunday.

A video circulating on social media showed the chairman being mobbed by the marauding party youth and subjected to severe beatings while some policemen made efforts to save him from the wild attacks with warning shots.

Earlier on, the police in a statement announced an intel regarding a demonstration set to be embarked upon by some members of the New Patriotic Party (NPP) who were aggrieved that their favourite candidate, S.K. Orlando, was not recommended for nomination.

“The Chereponi District Police Command upon receipt of the information quickly invited the Chereponi constituency chairman, Aliu Sulemana and some of the youth leaders and after discussing, the chairman and the youth leaders realized the need to keep the peace and abide by the advice of the police not to proceed with the demonstration.

They also promised to go by the Public Order Act and notify the police accordingly, should they intend to organize the demonstration.”

The police had also engaged S.K Orlando who was urged to calm his supporters down.

But the youth were unwilling to back down as tensions escalated at Chereponi over the DCE nomination leading to the destruction of the NPP constituency office.