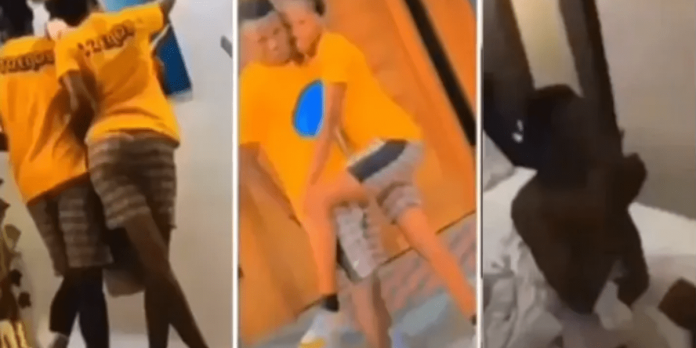 Real men don’t cry, but there comes that time that you just can’t help letting the tears out. Such is the case here where a man had to cry out at his girlfriend he was lodging in a hotel with got fired by another man in the same hotel.

The two appeared to be having a good time together at the hotel, unknown to the man, it was going to end in tears for him.

It is unthinkable how this could happen but we live in a weird world where anything such as this, could happen. It leaves one wondering what the girl was thinking, but then again, if the girl is into the trade of offering her “honeypot” for money, it is understandable but it doesn’t look like it is so as the unlucky man cried his heart out.

Watch the man cry out in the video;