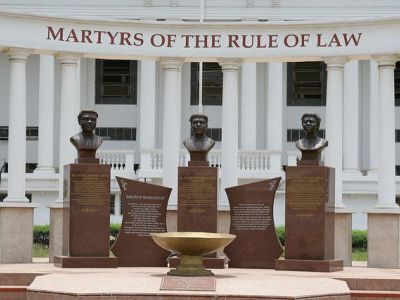 The objection raised by the counsel for the petitioner to order the EC Chairperson to be cross-examined in the ongoing 2020 Election Petition was overruled by the Supreme Court today Thursday, February 11, 2021.

The seven-member panel of the Supreme Court in its ruling said it was not convinced by the arguments of the counsel of the petitioner, Mr Tsatsu Tsikata.

“We are minded to state that our jurisdiction invoked in this Election Petition is a limited jurisdiction, clearly circumscribed by law,” the court said in the ruling read by the Chief Justice, Justice Anin Yeboah.

“We do not intend to extend our mandate beyond what the law requires of us in such petitions brougt under Article 64 (1), challenging the validity of the election of a President”. He continued.