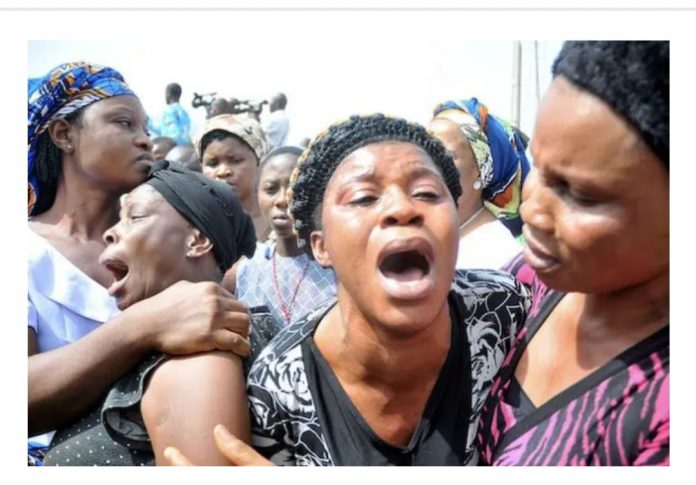 “Our husbands cannot satisfy us any longer in bed and it is making us unhappy in our marriages. They were very good but Atwima Techiman’s poor road network has affected their sexual performance”

These were some of the words of troubled women of Atwima Techiman.

The residents of the area in the Kwadaso Municipality of the Ashanti Region and residents from some communities in the Atwima Kwanwoma district on Tuesday, June 22, 2021, demonstrated against President Akufo-Addo’s government and Asabea Construction Limited over the poor road networks that has subjected them to dust.

The road contract was awarded to Asabea Construction Limited in 2018 and it has since been abandoned for almost 3 years after the contractor left the site.

The residents blocked the roads to express their grievances and their dissatisfaction against President Akufo-Addo’s government.

Some Women in the community speaking in an interview with Pure Fm’s Osei Kwadwo, stated emphatically that their businesses have collapsed due to the poor nature of the roads.

According to them, “our poor nature of road network has collapsed our businesses and it has also taken away the happiness in our marriages”.

“Our husbands cannot perform well in bed because they always complained about the waist due to the road network. When we approach them at night and dawn, they will be giving excuses that they are tired but we don’t blame them”, Akosua Benewaah, a leader of women in the area revealed.

“The day they will accept to satisfy us, they will not spend more than two minutes because they are very weak because of the road. We are tired of two minutes of satisfaction” they added.

The residents have therefore given government a two-week ultimatum to force the contractor to come on site or face their wrath.

Scam Alert: ‘We Lost Our Life Savings In A Cryptocurrency Scam’