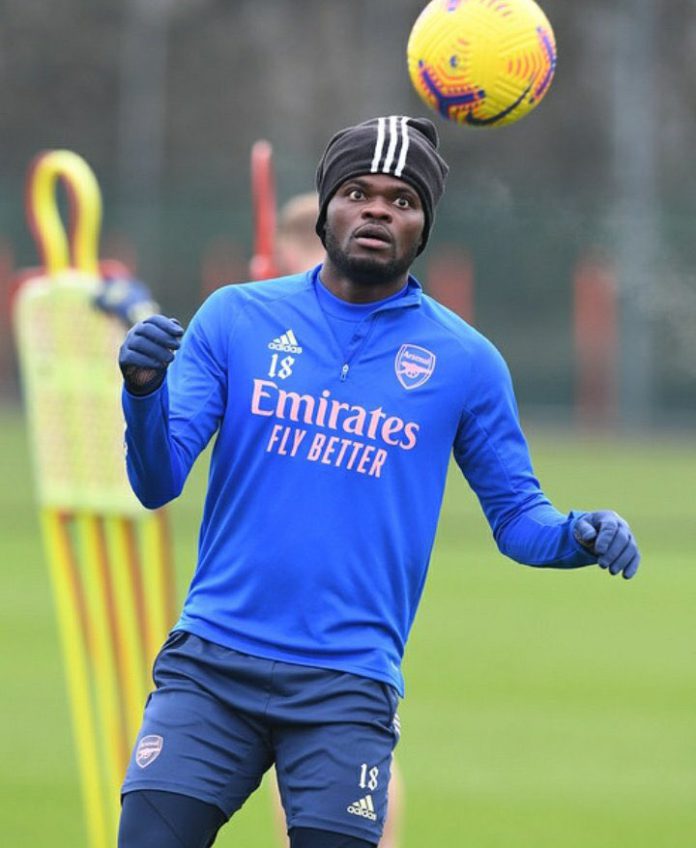 Ghana midfielder Thomas Partey made a brief appearance on his return from injury during Arsenal’s goalless draw against Crystal Palace on Thursday night.

Partey joined the Gunners in a big-money move from Atlético Madrid last summer.

Injury, however, has hampered Partey’s start to life in north London and he has made just six appearances so far for Arsenal, with the last of those coming against Tottenham at the start of December, when he was forced to limp off before half-time with a thigh issue.

The Ghana midfielder made a return from injury as Mikel Arteta’s men hosted Crystal Palace in the Premier League.

He replaced Dani Caballos in the 69th minute as they went in search of the breakthrough but the game ended the goalless stalemate.

The draw leaves Arsenal 11th in the table, a point ahead of Crystal Palace in 13th.

Partey could make his first start in two months when Arsenal host Newcastle United on Monday.