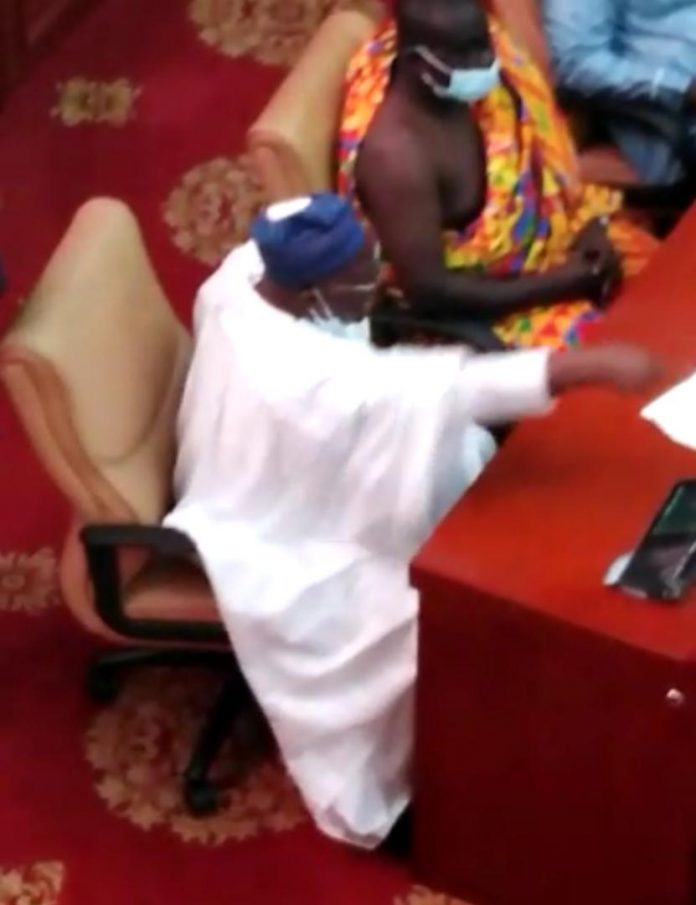 MP-elect for Hohoe in a rage of anger threatened to kill NDC members of Parliament who were seen hooting at him as he approached their side of the aisle as Parliament turned chaotic Thursday night.

“Tell them to come and demonstrate in Hohoe, they cannot dare, I will kill all of you,” the MP-elect said in rage.

The NDC is in court challenging the victory of Mr. Amewu in the Hohoe Parliamentary elections.

Parliament turned chaotic as members of the Minority of the yet-to-be dissolved 7th Parliament have stormed the chamber in their white apparel seeking to occupy the majority side of the House in furtherance of their claim of winning the Majority.

The 7th Parliament is set to be dissolved by 12midnight in accordance with the 1992 constitution.

Meanwhile, the Minority Leader Haruna Iddrisu has bemoaned what he describes as unfair set of rules applied in courts for Members of the NDC.

It comes after a Cape Coast court granted an injunction against the NDC MP-elect for Assin North.

“Mr Speaker I pray and look forward to a Ghana which does not have different set of rules for NDC, NPP but a rule of law in all its facets including equality of law.

The Cape Coast High Court granted an injunction against the Member of Parliament for Assin North James Gyekye Quayson restraining him from holding himself as NDC MP-elect for the constituency over dual citizenship.