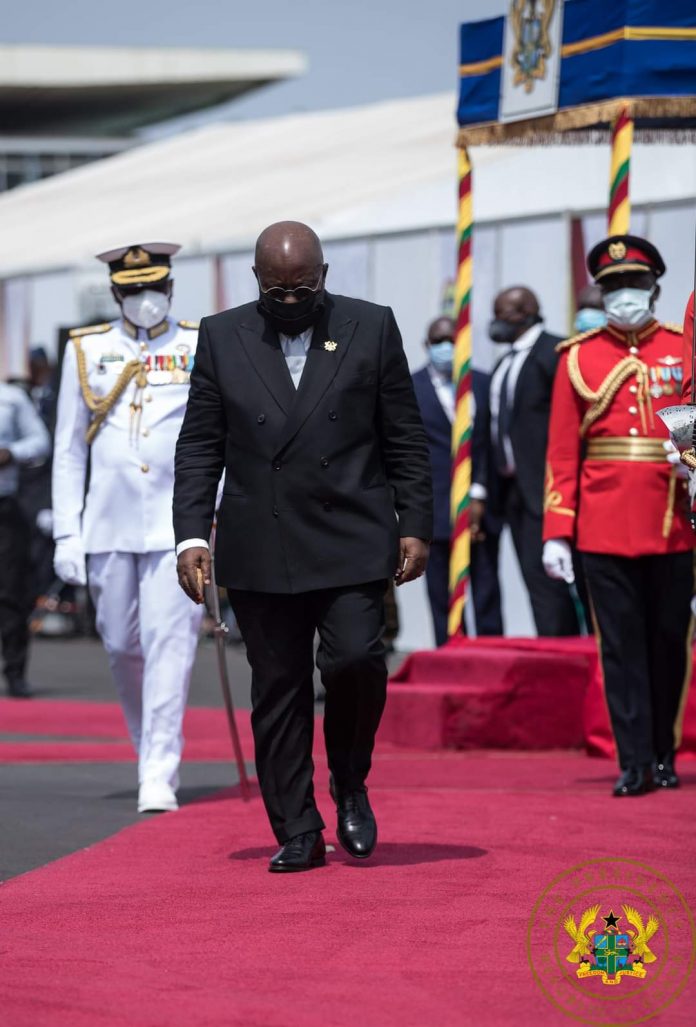 President Akufo-Addo has left Accra for Senegal and Guinea.

This comes less than 48 hours after returning from Burkina Faso to commensurate with the President and people after a terrorist attack left 160 people dead over the weekend.

The President served notice to the Speaker of Parliament stating that he will be paying a working visit to Dakar and Conakry.

The trip is expected to enable him hold consultations with the Presidents of of Senegal and Guinea on developments within ECOWAS respectively.

Per the notice, he is visiting Dakar in his capacity as the Chairman of the Authority of Heads of State and Government of the Economic Community of West African States (ECOWAS) to hold talks with the Senegalese leader. He will also visit Guinea after leaving Senegal.

“Thereafter, I will travel to Guinea to confer on 11th June, 2021 with H.E. Professor Alpha Conde, President of the Republic of Guinea on the same issues,” President Akufo-Addo wrote.

In his absence, Vice President Alhaji Dr Mahamudu Bawumia will act in his stead as per Article 60(8) of the 1992 Constitution.