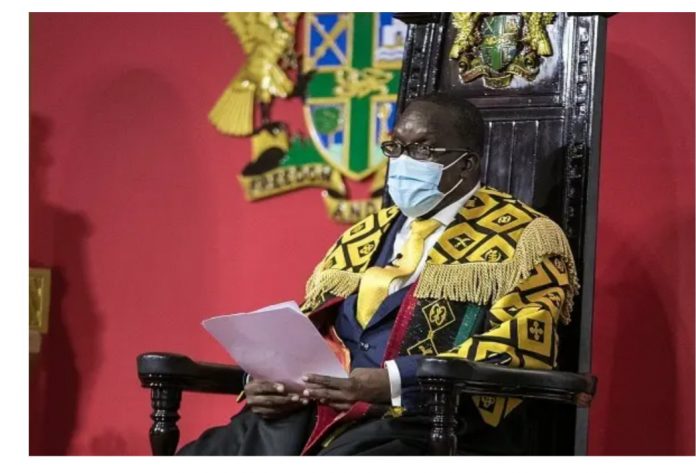 President Nana Addo Dankwa Akufo-Addo has backed down and slashed the Parliamentary budgetary allocation down by 10 million, instead of the original 190 million Cedis.

The sudden change of mind by the presidency comes weeks after it slashed down the budget estimates of the legislature by over 190 million cedis.

The move was met with strong opposition from the Speaker of Parliament Rt. Hon. Alban Bagbin who responded by threatening that if the move was not reversed he will also block the passage of the Appropriation Bill.

Alban Bagbin in a strongly worded reply to letters by the Executive Secretary to the President, described the move as unconstitutional.

The Presidency was then forced to back down, and in response wrote back to the Speaker to rescind their earlier decision to drastically slash down the Legislature’s original budgetary allocation that has brought about a significant increase.

The Judicial Service also became a beneficiary of the crusade mounted by the Speaker of Parliament, thus making their over 77 million budgetary allocation slash down reduced by 44 million Ghana Cedis instead.

The good news for the Judicial Service is that, out of the over 470 million requested, they have now been allocated 437 million Ghana Cedis.

The win-win situation has therefore prompted the Speaker of Parliament to direct the Special Budget Committee and other Committees concerned to consider the new budgetary estimates for approval.