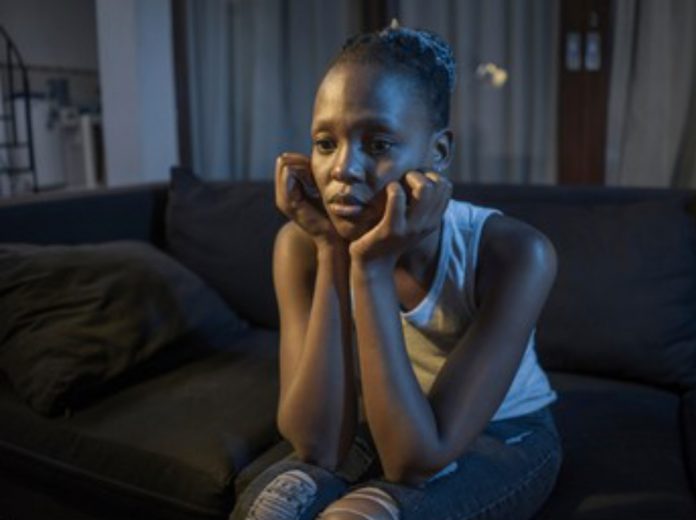 Habiba got home late that night so she had to park her car outside because her usual place under the shed had been taken by the next-door neighbour… It has rained heavily that afternoon so the whole place was very wet and muddy.

As she climbed the stairs towards her apartment she reached out and removed her keys from the handbag and then she took off her shoes in order to lighten her steps due to the tiredness she was feeling after a hard days work.

As she opened the door, she found an envelope stuck in the pigeon hole so she picked it up and walked in closing the door behind her with a light clicking sound as it got locked.

She dropped her bag on the side table, threw her shoes on the floor and slumped into the couch with a sigh of relief! Home at last! She muttered and then settled down to open the envelope.

She knew it was from Alhassan, but what was it he wanted to say that he couldn’t wait for her to return from work, she wondered. She took out the folded paper and began to read it’s contents…

Did you know you sometimes make me wonder whether we were really meant to be or not to be… Why do I say this?

It’s because today is a special day in our lives!… Exactly 7 years ago today, we met and made love for the very first time at the Hilton.

Oh Yes it was good even though it was not really planned, somehow it just happened on this Day in History because we suddenly realized we both wanted it and so we did it.

I remember I was naked that night and you were still wearing your sexy panties. I remember asking whether I could knock the door and enter; and to that question, you said “YES!”

I entered you as quickly as I could before you changed your mind. I managed that with one hand pulling the panties aside to make way for quick and easy entry… Oh yes! It felt very warm and tight and soo good. It felt like nothing I had ever felt before from you, as I slid in gently at first, and then faster as quickened my pace.

The feeling was deep and very estatic as I stroked deeper and deeper into your sweet honey pot which was hidden, but only just discovered deep inside the valley of love.

Aaahhh! It felt so much like heaven on earth!

After about 3 minutes of feeling the warmth of you deep down inside, I suddenly felt like exploding because I had reached the point of no return. It felt like a dream, but I said to myself, God please don’t let it end too soon!

Indeed I wanted soo much to release everything inside you, but I suddenly halted my movements and then after a few seconds I withdrew because I wasn’t sure if you were safe or not.

I also remembered that we did not even discuss it before it happened… I didn’t want you getting pregnant on our very first outing which had miraculously ended up in our lovemaking.

It all happened very spontaneously after we got into the hotel room; we had been kissing and romancing for almost 20 minutes before it all began on that couch.

It was all over in 30 minutes!

As I went into the wash room to clean up afterwards, I felt the warm trickle of semen dripping down my thighs… of course I knew that it was from the result of what I had stopped and prevented from entering your honey pot because we did not use any protection. How silly of me to have done that on our very first date!

I looked into the mirror and it kept coming back to me. I said to myself: Oh shit! Why didn’t we use protection; being our very first time? Who does that on the very first date? This is very silly and foolish of us!

I kept saying these words to myself in a bit of anguish as I cleaned up in the wash room.

A thousand thoughts began flooding through my mind as I suddenly realized we had finally crossed that Golden Gate Bridge of Love. The bridge which we had always said we would cross whenever we got to it. And we did eventually get there, and we crossed it!

Now it was history!

Throughout the ensuing years we have become very much attached and bonded to each other to the extent that it now feels like we belong to each other.

I have also grown to appreciate and love you very much, and very deeply too!

Yes it has been said many times that love at first sight usually don’t last long because they always end up badly… but ours have stood up to the turbulent test of time.

Some of it have been through good times and others through bad times, but in all of it, we have prevailed.

Today, as I look back into time, I ask myself how it all happened and why has it been very successful. Perhaps it’s simply due to the fact that I have come to love you very much, because you are you!

Today, it’s been 7 long years ago… so for me, it’s all been 7 very good years together and I have no regrets at all for knowing you the way I do.

I also know that it’s going to be well with us for many more years to come.

CONGRATULATIONS my dearest darling sweetheart, and a Happy Anniversary to you!

Habiba finished reading and stared at the wall for almost 5 minutes, lost in her own thoughts.

Memories of him came flooding back into her mind as she reminisced the good times they had spent together when they first met.

Indeed she had totally forgotten that it was their love anniversary, a day which she had always remembered, except today.

She felt very ashamed about it but time was far spent into the evening to do anything about it.

“How could I have totally forgotten such an important day in my love life?”, she sighed and said to herself.

Habiba sighed again heavily with tears in her eyes and in total exasperation. She finally got up and walked into the bedroom, closing the door behind her.

Question: Will You Spend All Your Money On A Woman ?

NAZE Says So: My Journey As A Husband. Pt1

Counselo Adofoli’s Advice To Partners Who Thinking Spending On A Woman Alone Can Keep Them.

What’s the use of having a side guy while dating?