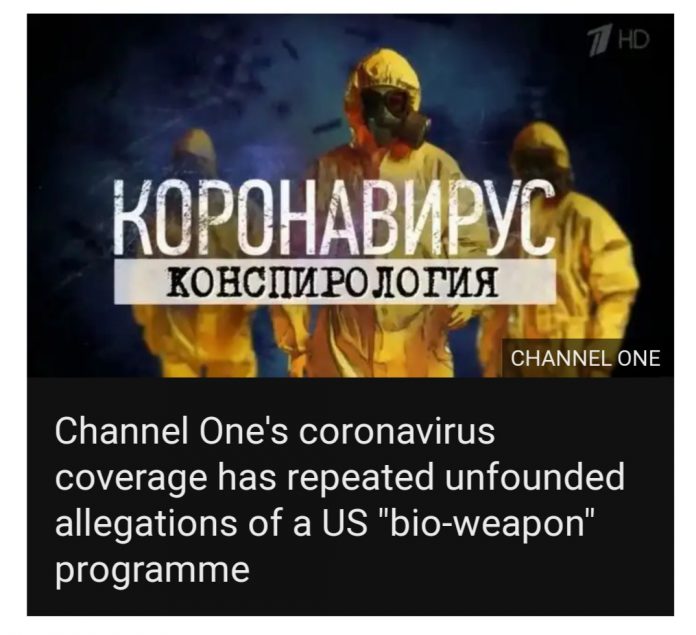 The secretary of Russia’s Security Council, Nikolai Patrushev, said in an interview Thursday that American “military biology research” may account for the eruption of the Chinese coronavirus pandemic in Wuhan, central China.

Patrushev accused the United States of experimenting with biological weapons in regions near the borders of China and Russia in response to the Russian newspaper Kommersant asking for a comment regarding the World Health Organization (W.H.O.) failing to identify an animal source of the Chinese coronavirus.

The W.H.O. sent a team to Wuhan at the beginning of 2021 — over a year after the initial epidemic began there, and nearly a year after Chinese officials admitted to destroying key evidence on the origin of the virus — to collect evidence seeking an answer to how the pandemic began.

The report published after the W.H.O. experts’ visit to China revealed that, after testing tens of thousands of animals in Hubei province, where Wuhan is located, they could not find a single animal carrying the Chinese coronavirus, formally known as SARS-CoV-2.

Patrushev responded to the lack of evidence that the virus is prevalent in nature in the area where the pandemic began with “the fact” that American biological laboratories exist in Asia, according to a translation of the Kommersant interview Russia’s Foreign Ministry published on Facebook.

“Please note the fact that the number of U.S.-controlled biological laboratories is growing by leaps and bounds around the world. Strangely, they are built near Russian and Chinese borders,” Patrushev said.

“They assure us that these are research centres where the Americans help local researchers develop new medications to combat dangerous diseases. Truth be told, the authorities of the countries where these sites are located have no idea what is happening behind their walls.”

“Certainly, we, and our Chinese partners, have questions in this regard,” he continued. “We are being told that peaceful sanitary and epidemiological stations are operating near our borders, but for some reason they seem more reminiscent of Fort Detrick in Maryland where the Americans have been working on military biology research for decades.

Importantly, outbreaks of diseases that are not typical of these regions are being recorded in neighbouring areas.”

Patrushev did not offer any examples of the alleged suspicious “outbreaks of diseases” his government had documented.

Fort Detrick, Maryland, houses a U.S. Army laboratory temporarily shut down in November 2019 over a “failure of Fort Detrick’s steam sterilization plant,” according to military officials. It resumed operations in March 2020.

“Are you saying that the Americans are developing biological warfare agents there?”
“We have good reasons to believe that this is exactly the case,” Patrushev answered. The senior Russian official did not identify any site that he considered to be a potential origin source for the Chinese coronavirus or explain how biological weapons testing near the Chinese border would result in a disease outbreak in the heart of the country, nearly a thousand miles from the closest border, without infecting anyone along the way.

Patrushev said Russia would “work with our partners … in the post-Soviet space” to address the issue, adding ominously that “the Americans have issues with chemical weapons, as well.”

Zhao Lijian, the Chinese Foreign Ministry spokesman who first floated the conspiracy theory that the Chinese coronavirus pandemic was the product of U.S. Army work, embraced Patrushev’s remarks during his regular press briefing on Thursday. Zhao, unlike Patrushev, identified Ukraine as a potential location for suspect U.S. Army research facilities.

“I noticed that Russia recently expressed concern once again over the bio-military activities by the U.S. on its own territory including at Fort Detrick and in other countries like Ukraine. This concern is actually shared by many other countries,” Zhao said. “As China has said repeatedly, relevant US activities are not transparent, safe or justified.”
“We may take Ukraine for example, which was mentioned by the Russian side.

According to openly available reports, the US has set up 16 bio-labs in Ukraine alone,” Zhao claimed. “Why does it need to build so many labs all over the world? What activities has the US military been conducting in these labs and the base at Fort Detrick?”

The W.H.O. report, written in conjunction with Chinese-approved scientists and heavily supervised by authorities with ties to Beijing, addressed the possibility of the virus leaking from a research laboratory but dismissed it as highly unlikely.

Wuhan, where the pandemic began, is home to one of the most advanced virology centers in the world, the Wuhan Institute of Virology, which was known to be studying coronaviruses at the time of the outbreak.

The W.H.O. explicitly rejected the idea of a laboratory accident and stated it did not address the potential of a deliberate pathogen release.