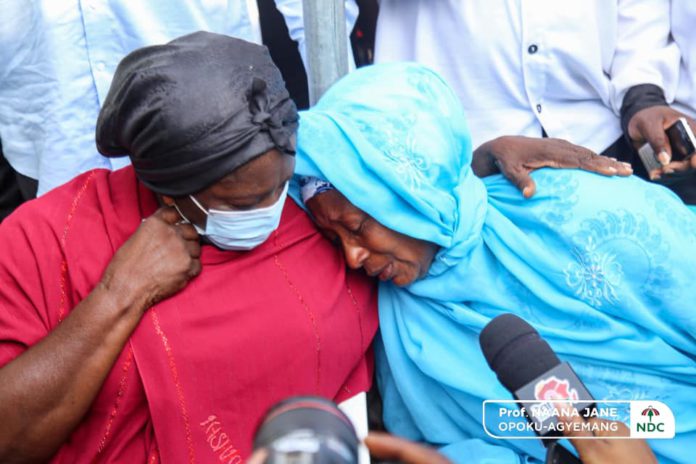 Vice Presidential Candidate of the National Democratic Congress, Prof Jane Naana Opoku-Agyemang, has sympathized with the family of a supporter who passed on Wednesday.

The 30-year-old Ibrahim Abbas was one of some persons who were injured following a shooting incident at the Ablekuma Central Collation Centre in the just-ended election.

He is purported to have kicked the bucket at the Korle-Bu Teaching Hospital where he was undergoing treatment.

According to eye-witnesses, the dead and four other persons, including a police officer, were shot at the collation center in the constituency near the Odorkor Police Church.

Prof Opoku-Agyemang also swang by some party supporters who were injured and undergoing treatment in various hospitals as well as those sent home.

Prof Jane Nana was escorted by some party bigwigs including the Member of Parliament for North Tongu, Samuel Okudzeto Ablakwa, and the National Democratic Congress’ Deputy General Secretary, Peter Otukunor among others.

Taking to her Facebook page, she shared photos from the heartbreaking scene which saw family members battle with tears.

She promised the party will not rest until the perpetrators are brought to book and prayed for the deceased souls to rest in peace.