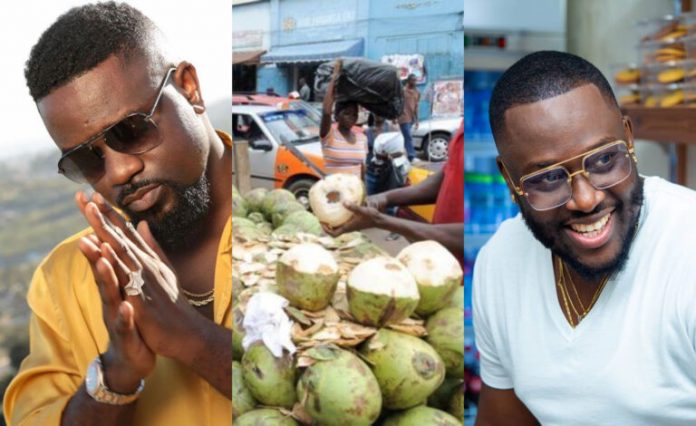 Recall the viral news item we published in the latter part of December 2020 which revealed that Coded of 4X4 fame nows sells coconut at the Baatsona Filling Station?

Sarkodie: I Started The First FanBase In Ghana

The story went viral for obvious reasons as a lot of people misinterpreted the situation to mean the once formidable member of the award-winning trio is now broke and has entirely left the music scene after his relevance waned to sell coconut for a living. Of course, the caption Coded added to the video he shared on his IG platform at that time also reinforced this notion.

Fast forward, Sarkodie paid Coded a visit to his colleague and the warm euphoria which erupted around them is very infectious. Perhaps the video we have attached to this report can paint a vivid picture. Meanwhile, Coded shared this text to show how he felt about his encounter with the rap God.