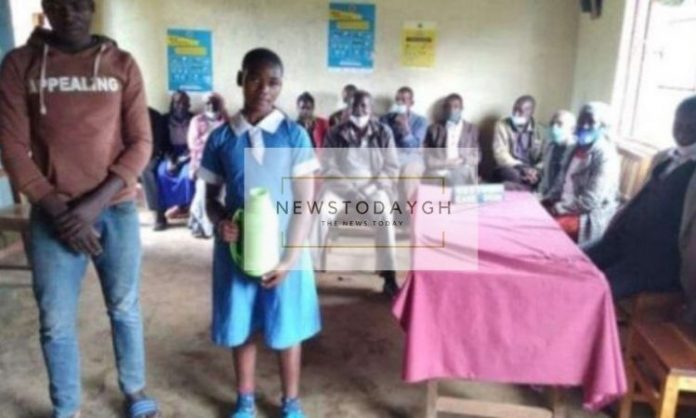 14 years old Agnes Osike, a primary four student, conspires with her boyfriend who is reported to be an SHS student to kill her father who disagrees with their affair.

She served her father with porridge she poisoned on Sunday morning when everyone had left for church. Unfortunately, her father noticed the smell in the porridge and could not drink it.

NEW DATES FOR 2021 WASSCE AND BECE OUT

According to Chief Alexander Nyankenywa the area chief, she poisoned the food with a pesticide used on vegetables. When she was apprehended and queried, she admitted she tried to poison her father because he disagrees with her affair with her boyfriend.

Politics Latif Ahmed - February 27, 2021 0
Mr Kojo Yankah write: Today, Ghana has been classified as one of the poorest countries to receive vaccines from India. Very well. As a country...