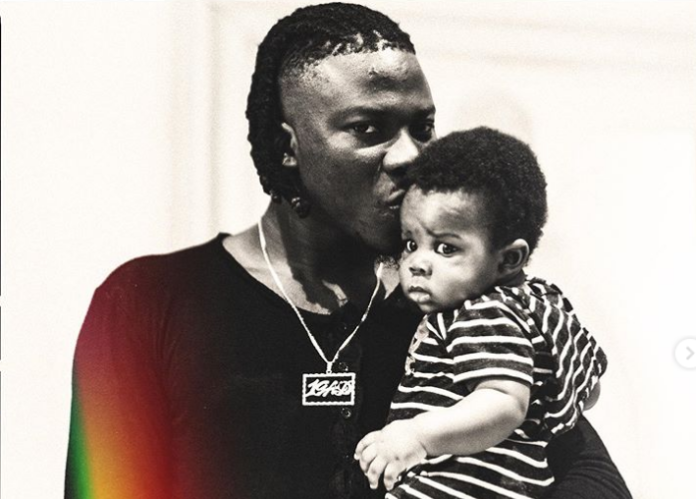 A young blogger, identified as Gideon Ofori has rendered an unqualified apology to dancehall artiste, Stonebwoy for suggesting he might not be the biological father of his son, Janam.

In his post on Facebook, Gideon suggested the artiste’s former manager, Blakk Cedi is the father of the young boy.

He reached this conclusion due to what he described as the striking resemblance between Cedi and the one-year-old.

This unfortunate incident by the young blogger angered Stonebwoy and his wife, Dr. Louisa.

They reported the matter to the police and Gideon has been invited to assist with investigations.

This has forced the blogger to issue a public apology via the same medium, Facebook for subjecting them to public ridicule.