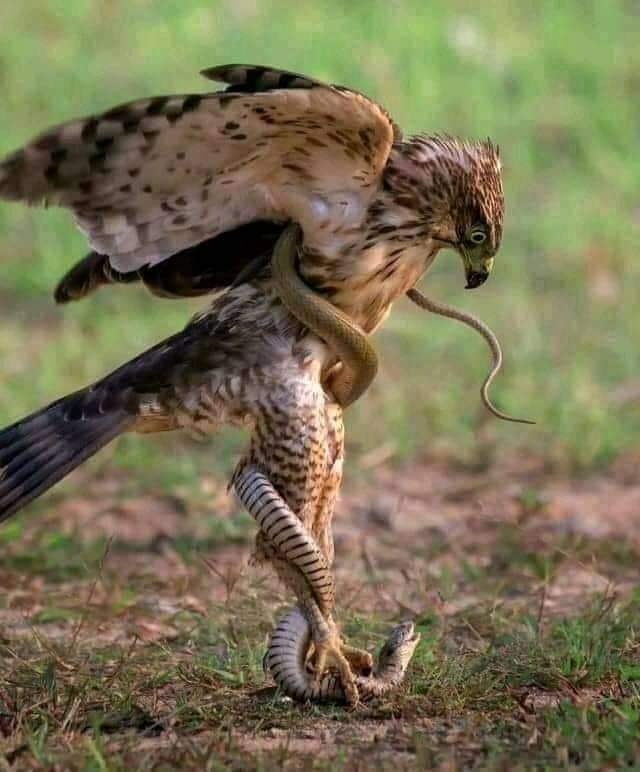 1. The Eagle is the most powerful bird on earth.

2. The Eagle is also the highest flying bird in the skies.

3. The Eagle has the best set of eyes around, and can even see a snake from high up in the sky at over 2,000 feet away.

4. The Eagle is a lone bird by nature, so it likes to fight it’s own battles for survival by itself.

5. The Eagle does not fight the snake on the ground, but rather picks it up high into the sky in order to change the battle ground, and then it releases the snake into the sky.

6. The snake has no stamina, no power and no balance in the air so it is useless, weak and vulnerable; unlike when it is on the ground where it is powerful, wise and deadly.

7. As a result of the change in battle field, the deadly snake gets defeated and eventually becomes delicious food for the victorious Eagle.

2. Don’t fight the enemy in his comfort zone; change the battle grounds like the Eagle, and let God take charge through your earnest and fervent prayer.

3. You’ll be assured of clean victory!

1. May the good Lord protect you throughout this month as you fight your battles.

2. May He show you victory over your enemies throughout the month.

3. May His favour and blessings be upon you throughout the month of April.

Heward-Mills reportedly “forces” bishops to pay $1,000 on their birthday and Ghc1,000 on Dag’s birthday