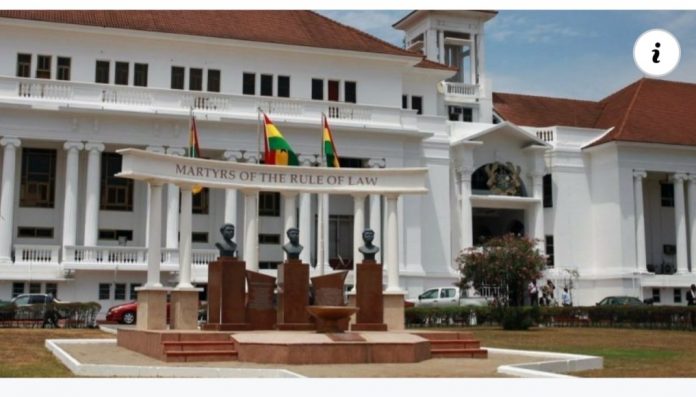 The Supreme Court has once again in a unanimous decision thrown out the application filed by the petitioner to reopen his case.

This comes after the petitioner had filed another application to reopen his case and be granted a leave to subpoena Jean Mensah, the EC Chairperson.

The lead council for the petitioner, Tsatsu Tsikata prior to the ruling had attempted to impress the 7 panel judges with reasons why they had to reopen their case.

But interestingly, the Court adjourned the ruling to be made today Tuesday, February 16, 2021 after a long legal tussle between Tsatsu Tsikata and the Laywers for the Respondents.

At today’s hearing, the court presided over by his Lordship the Chief Justice Annin Yeboah, the panel unanimously dismissed the Petitioner’s application.

This new development further narrows the window of opportunity for the Petitioner’s legal team who had mounted a strong defense to the application.

The Spokesperson for the Petitioner’s legal team, Dr. Dominic Ayine thereafter made a bold declaration over the Supreme Court decision in what he described as a big disappointment and also registered his resentment over the Court’s ruling.

The Supreme Court has in a unanimous decision struck out five paragraphs of a witness statement filed by the NDC’s Robert Joseph Mettle-Nunoo in support of John Mahama’s election petition.

In a press briefing after the hearing, he indicated that the NDC disagrees with the ruling and would seek to further the case. He also indicated that, the courts ruling does not reflect the will and interest of Ghanaians.

“This is a legally problematic proposition and therefore we disagree with the Court. We think the Court has not done the country a great service in the sense that, Ghanaians are interested in knowing the truth. We are highly disappointed with the decision. Let anyone come and challenge me,” he said.

The court has been adjourned to Thursday, February 18, 2021.