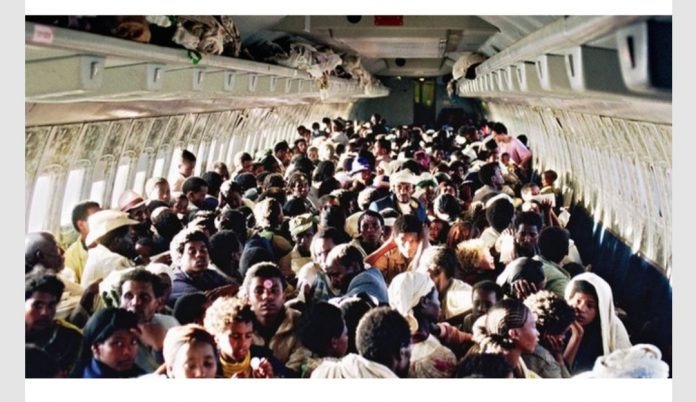 The Airbus A380, which is the largest passenger airplane ever produced and has a maximum passenger capacity of 853 passengers lost the record of carrying the most passengers at once to the Boeing 747, which can carry a maximum of 624 passengers on a non-commercial flight on May 24, 1991.

When parameters such as maximum take-off weight, seat capacity and thrust are considered, it is obvious that a 747 cannot carry more passengers than an A380. Unlike a 747 passenger airplane that already had this title. It was a cargo airplane.

When the seat of the president of Ethiopia was shaken by the rebels in 1991, the country lost its stability because of this internal turmoil, Israel carried out a military operation to take the Jews out of Ethiopia and bring them back to Israel. The name of this operation was Operation Solomon.

KIA arrested one person with a fake covid-19 test report

One of these flights was the record flight which took place on May 24, 1991 that carried 1,088 people at once. (According to the official statement of Ethiopia, 1,122 people were air lifted and according to the Guinness Records, 1,088 people)

According to the Guinnes Records website, two babies were born on the airplane during the flight. In order to reach the maximum number of passengers, all seats on the airplane had to be removed and passengers were not allowed to take any luggage with them, except their clothes and cooking utensils.

“Same-Sex Marriage Will Never Be Legalised In My Time As President” – President Akufo-Addo.