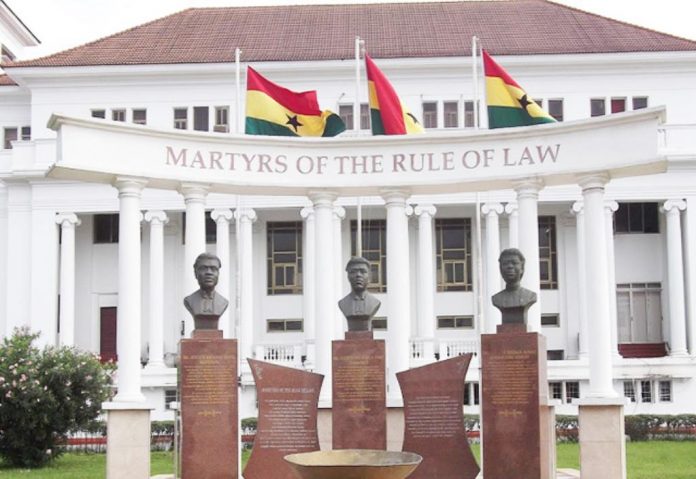 The Supreme Court has in a unanimous decision struck out five paragraphs of a witness statement filed by the NDC’s Robert Joseph Mettle-Nunoo in support of John Mahama’s election petition.

This leaves some 27 paragraphs out of the total 32 submitted by the witness. Lead Counsel for President Akufo-Addo, Akoto Ampaw raised the objections while insisting that the claims contained in these portions of the witness statement are not contained in the petition filed by Mr. Mahama.

Mr. Ampaw argued that the petitioner through his witness is trying to sneak through the back door, the issues of authenticity and a request for some documents which have already been dealt with by the apex court. This stance received backing from the lead counsel for the Electoral Commission (EC), Justin Amenuvor.

However, disputing these objections, the lead counsel for the petitioner, Tsatsu Tsikata argued that new facts and demands are not being added as purported by counsels for the 1st and 2nd Respondents.

According to him, all the statements made by the witness are to prove his credibility and falls in line with the pleadings in the election petition presented by Mr Mahama to the Supreme Court.

Again, Mr. Tsikata insisted that the witness is speaking on systems like transparency and fairness that the 1st Respondent said had been implemented for the 2020 Presidential elections which have since been questioned by the petitioner.

But the court in a similar ruling given when it set aside seven portions from Mr Asiedu Nketia’s statement insisted that the claims in those portions were not contained in the petition and did not come up during cross-examination.