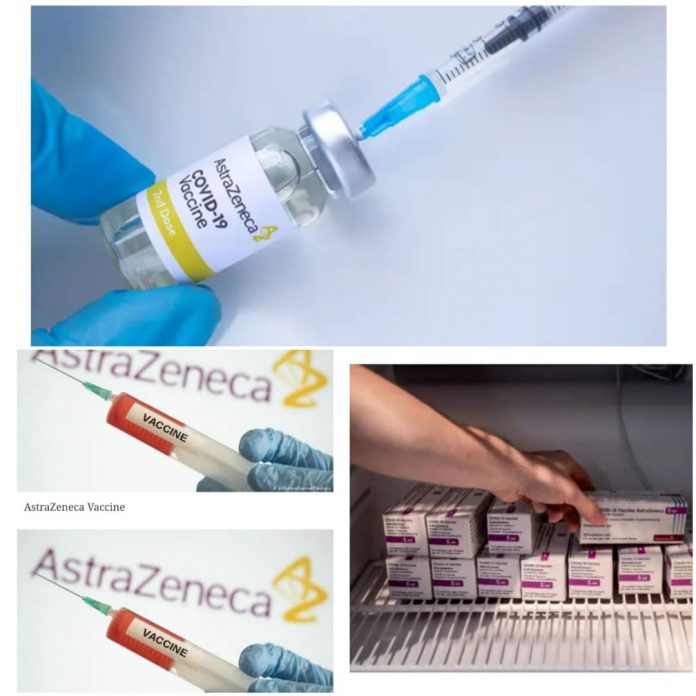 The US hasn’t authorized AstraZeneca’s vaccine because its trial is still going.

After more than a dozen countries paused the use of AstraZeneca’s coronavirus vaccine due to concerns about blood clots, the European Medicines Agency concluded on Thursday that the vaccine doesn’t increase the risk of clotting.

The World Health Organization, too, recommended that countries continue to administer AstraZeneca’s vaccine since the benefits of the shot “outweigh its risks.”

The US, however, never greenlit the vaccine in the first place, for two main reasons. The first is that AstraZeneca’s US trial is still ongoing. The trial was delayed for nearly seven weeks in the fall due to an adverse reaction in a UK participant.

The second is that AstraZeneca’s initial trial results in November puzzled many experts. The company combined data from its Brazil and UK groups, even though they had different sample sizes and demographics. It also averaged the results of two different dosing regimens, one of which was administered by mistake.

Now, scientists hope that results from AstraZeneca’s US trial will clear up much of the world’s confusion. The findings are expected to be released to the public within the next month.

Currently, the US data is being reviewed by an independent monitoring board. If the vaccine is found to be safe and effective, the FDA could authorize it for emergency use in April, Reuters recently reported .
The US trial has more than 30,000 participants

Even if AstraZeneca’s global trials had been free of inconsistencies, the FDA would most likely still have wanted to see the results of the US trial before authorizing the shot.

The US trial is larger than its predecessors in other countries. The study involves up to 32,000 volunteers – roughly the same number as the clinical trials done by Pfizer and Moderna. And it’s only testing one regimen: two full doses.

“The US study is the one that’s going to be the definitive study to tell us how this vaccine works against severe, hospitalized COVID and symptomatic COVID,” Anna Durbin, a vaccine researcher at Johns Hopkins Bloomberg School of Public Health, told STAT.

The trial could also shed light on how the vaccine performs among older people. Nearly one-quarter of the US trial participants were over 65, according to Biopharma Dive . Meanwhile, just 12% of participants in AstraZeneca’s UK and Brazil trials were over 55.

Murky data from the UK and Brazil
The FDA requires coronavirus shots to prevent disease in at least 50% of vaccine recipients .

In November, AstraZeneca reported that its shot was 62% effective at preventing COVID-19 among nearly 9,000 volunteers in Brazil and the UK. Those participants received two full doses, but about 2,700 others accidentally got a half dose followed by a full dose. Among that smaller group, the vaccine’s effectiveness rose to 90%.

AstraZeneca averaged the two results , stating that the vaccine was 70% effective.
“To people looking in from the outside, that doesn’t make a whole lot of sense,” Dr. Johan Bester, director of bioethics at the University of Nevada, Las Vegas School of Medicine, told Insider last month . “We’re either going to give half doses or full doses to people and it will either be one effectiveness or the other.”

AstraZeneca’s shot may be less effective against the variant found in South Africa
In the months since AstraZeneca revealed its global trial results, subsequent analyses have found even more variation in the shot’s effectiveness.

Another study that’s still awaiting peer review indicated that the vaccine was just 22% effective against mild and moderate illness caused by B.1.351 , the variant first identified in South Africa. As a result, South Africa halted its distribution of AstraZeneca’s vaccine. But that study was small, with roughly 2,000 participants.

When it comes to two other prominent variants – B.1.1.7, initially spotted in the UK, and P.1, first identified at a Japanese airport among travelers from Brazil – preliminary data shows AstraZeneca’s vaccine has the same efficacy: between 60% and 90%.

The US trial may not give any more clarity about how well the vaccine works against these three variants, since it’s not yet known how many volunteers wound up getting exposed to those strains during the study. But the fact the trial is happening later than Pfizer’s or Moderna’s means there’s a greater chance that participants in this one were exposed to new variants.
Even in the worst-case scenario, Bester said, the shot will probably be effective enough to meet FDA standards.

“What we’ve seen is promising,” he said. “It is a moderately to very effective vaccine that is cheaper than the other alternatives and gives us another tool in our arsenal to stop people from dying.”