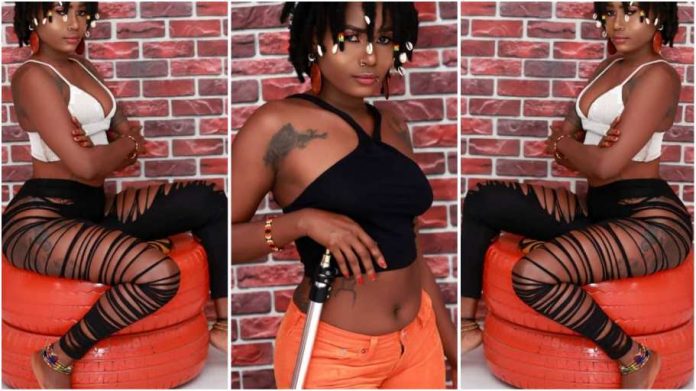 Lawrencia Abena Lamptey Popularly Known as Labena Is The Ghanaian Female Musician With Both P*nis And Vijay.

Read More: Shocking As Girl Moves Out Of Her House To Join Boyfriend

She opened up to having two sex organs and does not want to have surgery.

Speaking with DJ Nyaami on SVTV Africa, the talented singer noted that she was born this way, proudly owning her uniqueness.

I don’t feel shy about it and there is no reason to lie either. I was born with it so it’s part of who I am

She added that the guys were not surprised about it because she satisfies them in bed.

Read More: Lady Reveals She Has Slept With Over 150 Men And What She Did To Them

Labena revealed that she will only go in for surgery if her husband asks her to.

All the six guys I dated were not shocked by that. Maybe, when I get married and my husband wants me to remove the male organ then I will

The afrobeat and dancehall artiste has two songs to her credit as she released her first single in 2020 in which she features hiplife artiste Nii Funny.

Below is the video