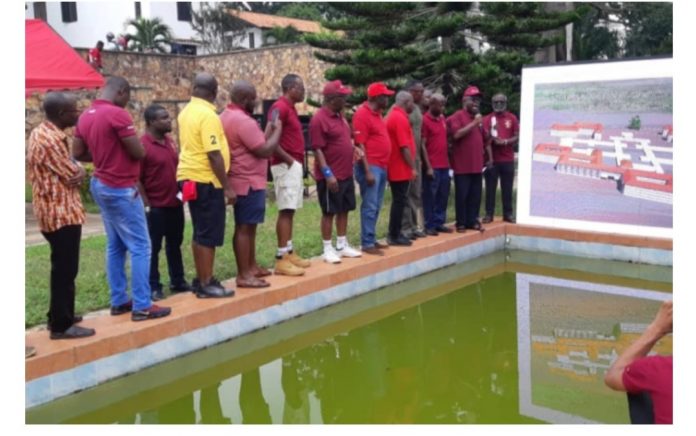 Faculty members at the University of Ghana (UG) have broken their silence over claims that some 27 members of the faculty are dead set against the construction of a Commonwealth Hall Annex project.

According to reliable sources cited at the university, Prof. Nana Akua Anyidoho on behalf of members of the convocation stated that “there is no truth to the claims that 27 faculty members are against the Commonwealth Hall Annex Project.”

“In summary, we are very much in favour of Commonwealth Hall having an annex that is located in a nearby and environmentally sustainable location, once the governance, environmental and financial implications of such a project have been properly addressed,” she stated.

Prof Akua Anyidoho disclosed that aside from some members of the convocation raising concerns, the present Finance Minister-designate, members of the Old Vandals Association and members of the public have also expressed worry about the sitting of the project.

She also added that contrary to statements made by some Commonwealth Hall representatives, the said project has not passed through the University’s approval process and for that reason must be put on halt for further discussions.

UG Director of Sports Appointed Member of UNESCO Board of Governors.

Prof Akua Anyidoho stated that some underlying challenges that have not been addressed include the worsening of water shortage should the construction of 4,000 beds be added to 1,000 capacity of the main hall.

The concerns raised by the convocation stems from a press conference held by student representatives of the Commonwealth Hall on Friday, January 29, where names of some 27 faculty members were broadcasted as adversaries of the project.

This was followed by a protest at the premises of the St. Thomas Aquinas Catholic Chaplaincy on January 31, which demanded Rev. Prof. Okyerefo stay away from Commonwealth Hall.

These actions by the representatives of the hall according to the convocation, breach section 18.3 of the University of Regulations for Junior Members hence are inexcusable and unacceptable.

“While we support your right as students to voice your concerns, these actions are unacceptable in an academic environment,” the statement added.

UG Director of Sports Appointed Member of UNESCO Board of Governors.

Prof. Nana Akua Anyidoho has, therefore, urged the student representatives of the Hall to desist from threats and intimidation and rather follow laid down procedures in expressing their views.

“Know that we are available to have further discussion in a mutually respectful manner,” she concluded.