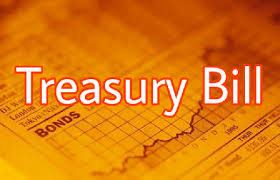 Rates of Treasury securities have fallen as government recorded 96% oversubscription of its latest Treasury bills sale, figures from the Bank of Ghana have revealed.
The figures further indicated that investor interest in the government’s short term securities continues to soar, particularly the three-month T-Bills.
However, the government’s decision to reduce its borrowing albeit marginally has largely led to a minimal fall in interest rate.

Treasury yield on the 91-day Treasury bill fell by about 0.25% to 13.81%, whilst that of the 6-month T-Bill has gone down by about 0.08% to 14.01%.
For the past five weeks, Treasury bills sale has been oversubscribed, shaking off the under-subscription mode after the December 7, 2020 elections through the Christmas festivity.
The government was looking to mobilize GH¢856 million for the short term securities but got GH¢1.679 billion.

It will be pleased with the investor interest because it is securing enough funds to repay maturing loans and also finance the budget.
For the 91-day T-Bill, the government got a little above GH¢1.5 billion worth of bids but accepted GH¢962 billion.
It also accepted about GH¢113.82 million cedis for the 6-month bill, though the bids tendered were GH¢114.77 million.

Data from the Bank of Ghana indicate that the Government Treasury securities were priced lower than the present rate during the early part of last year. But the latest fall in interest rates could shift to that trend.
Goldstreet Business