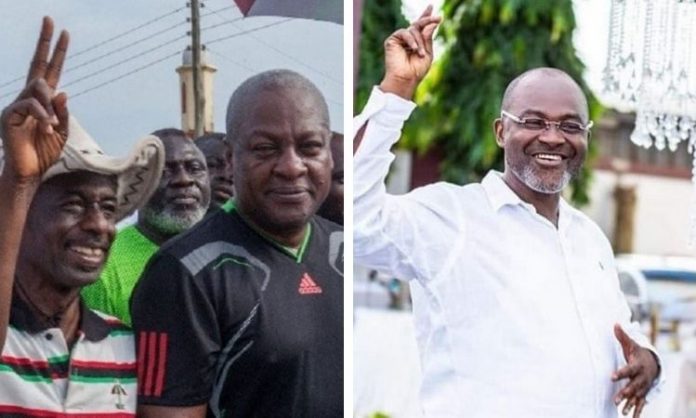 An irate Kennedy Agyapong has his teeth wide at John Mahama, Asiedu Nketiah and some NDC fat cats over the new burned markets.

The Assin Central’s MP following the Kaneshie and Kantamanto market fires has pointed fingers at some NDC authorities similar to the masterminds behind it.

He charges John Mahama, Asiedu Nketiah and some important individuals in the NDC are the geniuses for the new fire episodes in business sectors the nation over.

Over the most recent couple of weeks, there have been a few instances of significant business sectors in Ghana being gutted by fire. Portions of the Koforidua, Kantamanto, Odawna, Asankragwa, and, of late, Kaneshie, have all dubiously gone up on fire.

Altogether, 5 market fires have been recorded in December alone and this has raised doubt of conceivable illegal conflagration.

Talking on his private owned Net 2 TV, the NPP troublemaker therefore threatened to burn the flagbearer of the National Democratic Congress alive just as burn his home along with Johnson Asiedu Nketiah otherwise known as General Mosquito and also many others should they proceed with their abhorrent plans of setting markets ablaze.

Prepared to give his all in this battle to end the consistent fire episodes in business sectors, the official cautioned the previously mentioned NDC figures to cease from thier dangerous plans else face his anger.