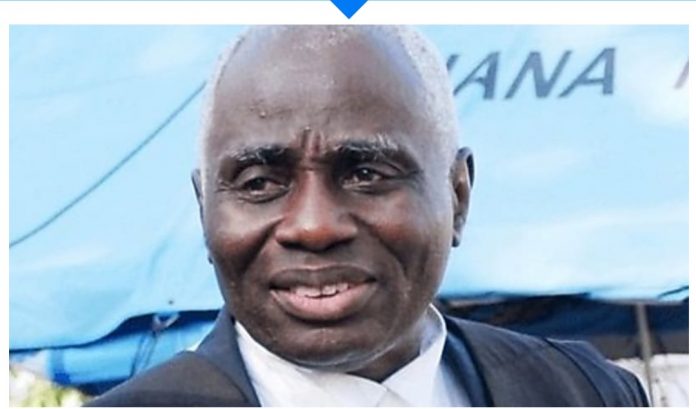 Principal Counsel of the petitioner in the ongoing election petition hearing Tsatsu Tsikata has yet again made a case for the Supreme Court to reconsider one of its rulings, on Tuesday, February 16.

The seven justices of the peak court of Ghana unanimously dismissed the application of the petitioner, John Dramani Mahama, for the case to be re-opened in order to subpoena the Chair of the Electoral Commission, Ghana (EC), the First Respondent, to testify in court as a “hostile witness”.

On Monday, February 22, Mr Tsikata quizzed the basis of the ruling, saying the justices themselves were surprised when the First Respondent closed its case without calling its witness, Jean Adukwei Mensah, to testify.

For him, the Holy Bible should guide the nine justices reviewing the case, quoting Hosea 8:7.

It states: “For they have sown the wind, and they shall reap the whirlwind: it hath no stalk: the bud shall yield no meal: if so be it yield, the strangers shall swallow it up.”

He concluded: “May each of the lordships decide based on your conscience and your judicial oath.”

Counsels for the respondents Justin Amenuvor for the First Respondent and Akoto Ampaw for the Second Respondent asked the Court to set aside the review application since it does not merit its prayer.