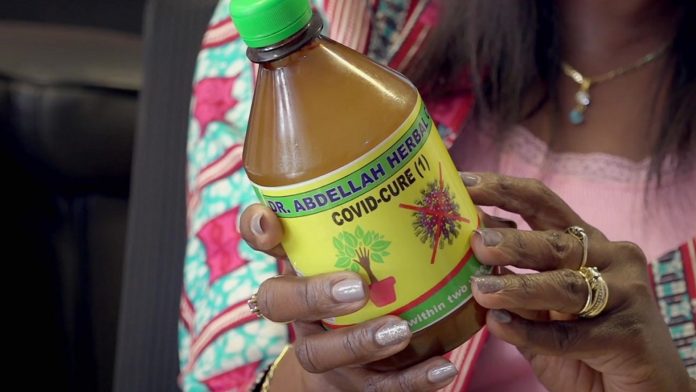 Two persons have been arrested by the Food and Drugs Authority (FDA) in collaboration with the police, for manufacturing concoctions they claim could cure coronavirus.

One was arrested in Koforidua in the Eastern Region while the other was also arrested in Accra.

The case is currently with the Attorney-General’s Department for advice and prosecution.

The Head of Drug Surveillance Department at the (FDA), Vigil Prah Eshun, who made the revelation on Onua TV’s Maakye on Monday, February 1 stated that “there has been an attempt to mislead the public on the cure for the COVID-19”.

He told hosts of the programme, Afia Tagor and Adwoa Konadu-Yiadom that “two people have been arrested for bringing this concoction they claim cures covid.

“One was arrested in Koforidua while the other was arrested in Accra. They started selling them and some people gave us the information so we quickly moved in with the police and arrested them”.